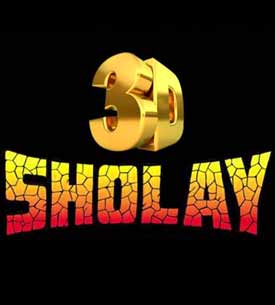 Filmmaker Ramesh Sippy, known for yesteryear's blockbuster "Sholay", Friday withdrew his plea seeking to put on hold the screening of the film's 3D version as it was released Friday morning itself.

A bench of Justice Anil R. Dave and Justice Dipak Misra allowed Sippy to withdraw his plea as senior counsel Harish Salve, appearing for him, told the court that the plea has become infructuous as "Sholay 3D" has already been released 9 a.m. Friday.

However, on the plea by Sippy, the court said that his other rights arising from his copyright of the "Sholay" film, would remain intact and would be decided in a separate suit if he files it.

Allowing Sippy to claim any damages that he may be entitled to under a civil suit, the court asked the producers of "Sholay 3D" to keep the accounts of the proceeds from the film's screening.

"Sholay 3D" is produced by Sascha Sippy, nephew of Ramesh Sippy and grandson of G.P. Sippy who had financed the original film.

Sushant's Family States They Have 'No Faith in Mumbai Police' In Their ...

Sushant's Sister Makes a Heartfelt Plea to Everyone with Folded Hands

ED rejects Rhea Chakraborty’s Plea to Postpone Recording of her ...