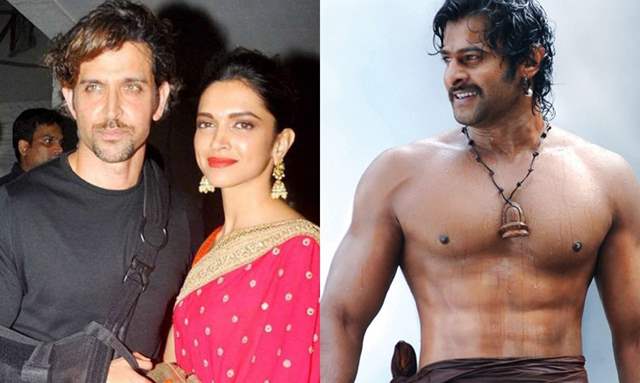 Filmmaker Nitesh Tiwari delivered a smashing blockbuster hit with his recent college drama Chhichhore starring Sushant Singh Rajput and Shraddha Kapoor in lead roles. And looks like he is moving towards his next ambitious project Ramayana.

While the lead cast for the film has yet not been officially announced but the rumors are ripe that Hrithik Roshan and Deepika Padukone will be playing Ram and Sita, respectively, in the film. When asked about the same, the Dangal director termed the news false and stated, "We are still at the concept level. We haven't even thought of the casting."

However, a report by Pinkvilla states otherwise. A close source has revealed that the two stars will be paired for the first time on screen for this mythological drama film. In addition to the casting of Ram and Sita, the makers have already decided on a superstar to play the role of Ravana in the film. And, it is none other than Baahubali star Prabhas!

"The makers have given the film a budget of Rs 600 crore which is also the highest ever that has been sanctioned for an Indian film. It will be released across India in Hindi, Tamil, and Telugu. So they have already bounced the idea off to Prabhas. The team wants the Baahubali star to come on board as Ravana because they feel he will add more personality to the character. He also has the build of Ravana and with Hrithik and Deepika playing Ram and Sita, it will be perfect casting, too. But the deal has not been locked. They have just initiated talks and Prabhas and his team will decide whether they want to do the film or not”, reveals the report by the entertainment portal.

As exciting as this news sounds, let’s wait for the official announcements anytime soon. Stay tuned for more updates...

Can you Spot Deepika Padukone in These Never-Seen-Before Pics of her ...