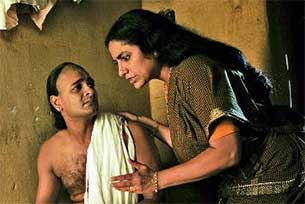 The first teaser of Tamil-English biopic "Ramanujan", about mathematician Srinivasa Ramanujan, was unveiled Saturday on his death anniversary. The makers feel it made sense to release the teaser on the day.

"We live in a virtual world today and the internet is all-pervasive. Releasing the first look teaser online on this day made more sense to us as we think it would reach a wider audience this way," read a statement from Camphor Cinema, producers of the film.

"Further, the internet is an interactive forum. As our main aim in making 'Ramanujan' is to take the film to the people, we are eager to get their feedback at every step," added the statement.

The 40-second teaser highlights the grandeur of early 20th century England, British India and the beauty of South Indian towns.

Abhinay plays the mathematics genius in "Ramanujan", which has been directed by Gnana Rajasekaran.