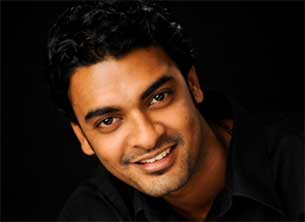 Newcomer Abhinay Vaddi, grandson of legendary actors Savitri and Gemini Ganesan, agreed to play mathematics genius Srinivasa Ramanujan in the upcoming Tamil-English biopic "Ramanujan" because he felt it's "the best debut" he could get as an actor.

"When I decided to act, I wanted to only work in art-based films. After my first film in Telugu, I waited for two years to get an art-based project but I couldn't even find one script. When I finally got 'Ramanujan', I felt it's the best debut I could get as an actor," Abhinay told IANS in an interview here.

"I'm not against commercial cinema because you can't have much of a choice in our industry. If you want to be versatile as an actor, you need to do different films. 'Ramanujan' came to me when I was least expecting it and I realised I need to be open to all kinds of cinema," he added.

Many would not call "Ramanujan" a dream debut for a newcomer from a star family, but Abhinay thinks otherwise.

"Everybody wants a star-studded launch with a successful director and popular cast. I feel all that's there in this film as well. It's being directed by a National Award-winning filmmaker, features a host of very popular and experienced actors and above all I get to play Ramanujan, for which top Tamil actors vied," he said.

Directed by Gnana Rajasekaran, "Ramanujan" is the story of the mathematician from his early days in Kumbakonam to Cambridge University, London.

Abhinay didn't sign the movie because he got an opportunity to play Ramanujan, but because he also got to work with a celebrated filmmaker, who has carved a niche with his biopics such as "Bharathi" and "Periyar".

"I agreed because I got an opportunity to work with an acclaimed director as well. 'Bharatia' interested me a lot because it had its commercial elements such as songs and romance even though it was a biopic. I liked the way he handled the story," he said.

A biopic usually involves a lot of research, but Abhinay was asked to blindly follow his director's instructions.

"After I was narrated the story, I researched and came across so many things about Ramanujan that was not part of the story I heard. I went back and told my director about it but he asked me to stop reading from other sources as he feared it would confuse me," Abhinay said.

Abhinay, who comes from a Telugu speaking family, had problems with the "diction of the Tamil language".

"As a newcomer, it would be easier for me to concentrate on one aspect of acting, which involves dialogue delivery, expression, body language but this movie had to have 100 percent of everything. Since I come from a Telugu family, I struggled to get my Tamil diction right," he said.

"I got comfortable with the acting part because my director after first two days of shooting asked me to continue what I was doing. He didn't want Ramanujan's character to be overly expressive and dramatic. He wanted me to be docile and act subtly," he added.

"From the age of five, my parents put me on to sports. They wanted me to be a professional sportsman and so they enrolled me into badminton and table tennis. I was never pushed into acting because I come from a lineage of actors," he said.

"Later on, when I was 27, it dawned upon me that I had tried everything in life. I worked in a 9 (a.m) to 5 (p.m.) job, worked with my brother in advertising and played sports. I realised since I come from a family of actors, I may as well try it," Abhinay added.