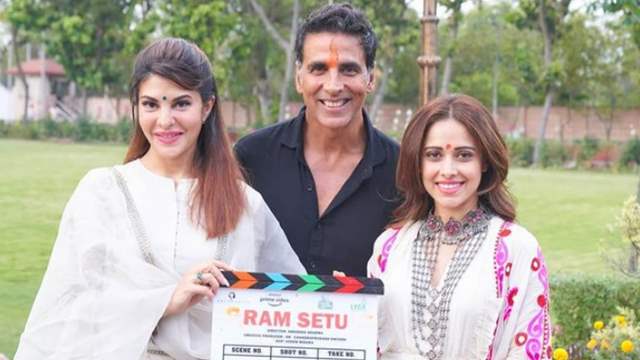 The team of Ram Setu reached Ayodhya to give the mahurat shot of the film from Ram Janmabhoomi. Akshay Kumar along with the film’s leading ladies, Jacqueline Fernandes and Nushrratt Bharuccha and director Amit Verma posed for the cameras.

The team shared pictures from the mahurat shot of the film in Ayodhya as the cast and crew joined in. Have a look: