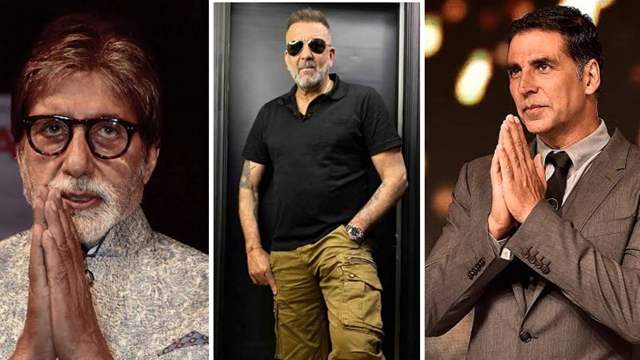 The pious nine day festival of Navratri comes to an end marking the occasion of Ram Navami today. As devotees across the globe celebrate the auspicious festival, Bollywood celebrities also took to social media to send out their wishes.

Bollywood actor Sanjay Dutt has sent out wishes on the occasion of Ram Navami to everyone. The actor wishes for the sufferings to end soon for everybody and prays for well-being.

He wrote, "Praying for everyone's well-being today and urging all of you to take as many precautions as possible. May Lord Ram bless us all and end our sufferings soon. #HappyRamNavami #StayHome #StaySafe"

Akshay Kumar, who will soon be seen in the movie Ram Setu wished all his followers on Twitter: “On this auspicious day, Team #RamSetu wishes you all Happy #RamNavami. Jai Siya Ram."

Superstar Amitabh Bachchan also wished his fans on social media with a special video. “T 3882 - On the auspicious occasion of Shri Ram Navmi  .. the offering of PASAYDAN”, he wrote.

Take a look at what other Bollywood actors shared on Ram Navami:

Chaitra Navratri, which begins on the first day of the Hindu Luni-Solar calendar commenced on April 13 this year. Post nine days, Ram Navami is celebrated in the country, which marks the birth of Lord Ram.