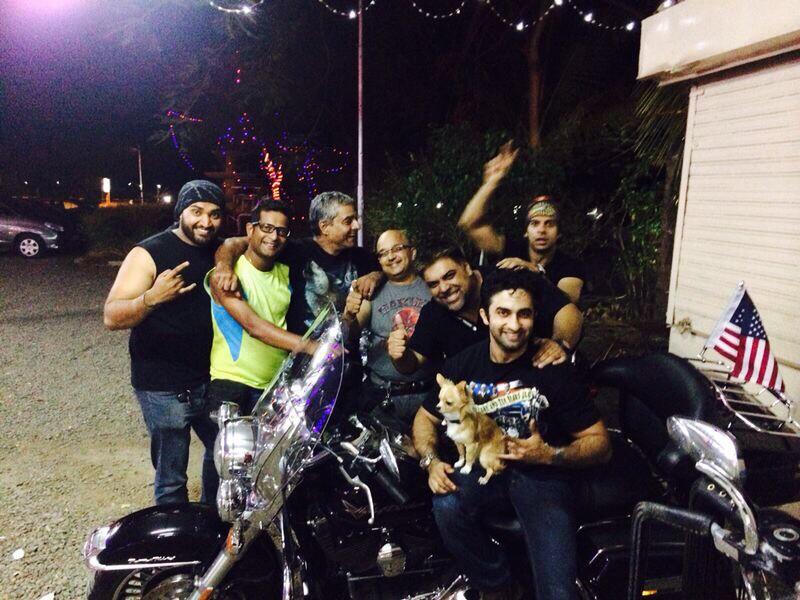 Actor Ram Kapoor who is known for his exceptional work in Sony TV's Bade Acche Lagte Hai rode on the lanes of Lonavala city on a Harley Davidson bike. The actor, who is a huge foodie, is being applauded by the audiences for his phenomenal acting skills recently went on a bike ride along with Harley owners group.

Ram who is quite active on the social networking site tweeted about his thrilling experience which stated, "Went on my first Harley owners group ride last night to Lonavala. Terrific experience. Met a great bunch of people. Here are a few pics... "

Well it is quite evident that Ram and his bunch of friends enjoyed their journey to the fullest as he has clicked pictures right from selfies, food etc.

We tried contacting Ram to which he replied "I'm in Thailand on a family vacation with my children."

One of Ram's TV friends Karan Mehra was with him says, "Ram and I became friends when we worked on the film Mere Dad Ki Maruti. I bought myself a Harley Davidson Iron 883 and did a few episodes with Ram Kapoor in Bade Acche Lagte Hain . Even Ram wanted to buy a Harley so we decided that for the fat-boy we would buy the Harley's Fatboy(in a laughing tone). We rode 10kms ahead of Lonavala, halted for a huge dinner at a dhaba. After fueling up our stomachs we didn't feel like riding back home, but after half an hour we rode back to Mumbai. This ride was dedicated to Ram Kapoor. "

Kushii. 6 years ago Does ram kapoor still get paid a little over 1 crore for each BALH episode? I mean he's not even there and no offence to ram fans but it's clear that ever since humshakals rams acting on balh has gone down hill like do you realize what your character is going through? Do you want not watch your own show? He's needs to improvise majorly like how can you be happy with your shots? It's not believable

deedee18 6 years ago ram is looking so...handsome
with killer atittude.

sahana747 6 years ago Why ram looks so huge in BALH,? While really he is not so,

Its hard to regain that body shop in ones 40's but still...would love to see him somewhat built and trimmed down