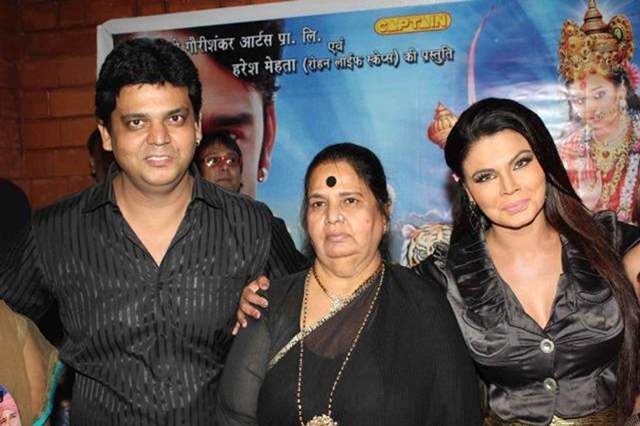 Bigg Boss 14 witnessed a rather explosive Weekend Ka Vaar recently where netizens have come in outpouring support for Abhinav Shukla, who was first slammed by Salman Khan for his reactions to Rakhi Sawant's actions; but later even Khan went on to say maybe Shukla is right in his reaction after looking at Sawant's actual intentions.

Apart from this, a lot of questions have constantly been raised over Sawant's claims of having a husband in the outside world, Ritesh but who continues to be away from the public eye.

This man Ritesh has indeed come forward to give multiple interviews lately and expressed his support for Sawant as well but he us still not to be actually seen anywhere. This has led many to even believe that he is a 'fictional' husband and doesn't exist at all. However, defending the same in an interview with Times of India, brother Rakesh Sawant opened up on it.

He said, "I want to clarify to one and all for the one last time that my sister, Rakhi Sawant is married and my jiju Ritesh is not a fictional character. He exists and is very much there in Poland. In fact, when the marriage took place, both sides of the families were present. Even my mama ji and mami ji went to the wedding. There isn't any need for Rakhi to lie about her marriage. All this while when she was unmarried she didn't pose to be married, and now when she is married she has announced it to the world."

When asked as to why is he not coming out in the public eye, he said, Well, that is Ritesh jiju's personal choice. All this while he only wanted one thing that his identity should not be disclosed as he is a very private person. Ritesh has also been approached by Bigg Boss makers and he is really trying hard to come to India. His mother is not well too and there is also a serious lockdown in Poland because of Coronavirus. But I am still hopeful that Ritesh jiju might make it to Biss Boss 14."