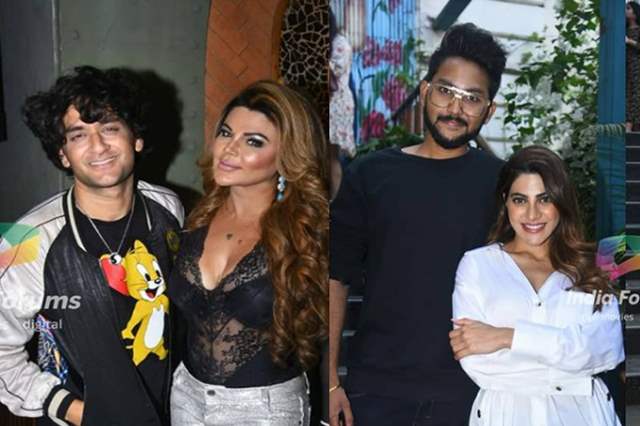 Bigg Boss 14 was undoubtedly an exhilarating season at the least and while the first quarter of the show wasn't picking up, the second quarter turned out to be a successful one - especially courtesy someone like Rakhi Sawant. We know how Sawant's mother is currently ailing and social media has been all about that but taking some time off from the same, the lady went on to host a special Bigg Boss reunion bash for her loved mates from the show.

While we know that many others would have made it too but couldn't for one reason or the other, a lot many did show up for her bash. Sawant's support throughout the show, Vikas Gupta came in while Jaan Sanu and Nikki Tamboli also arrived. Though short with her stint but impactful, Naina Singh came in and Vindoo Dara Singh, who entered as Sawant's connection also arrived-

It might be surprising to not see someone like Devoleena Bhattacharjee come in as she was the absolute constant for Sawant during the show but we are sure there might be reasons for the same.