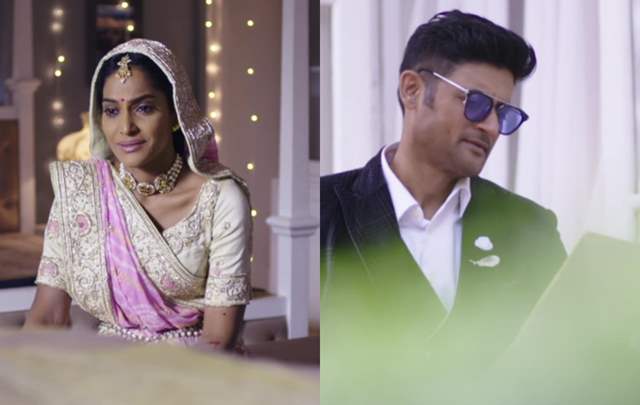 Shashi Sumeet Productions is one that is popular for bringing about authenticity to its shows, and it is safe to say after watching the first episode of Shaadi Mubarak, there is a lot of that. Star Plus' latest venture, Shaadi Mubarak, featuring Rajshree Thakur and Maanav Gohil in the lead roles, is set in Udaipur and brings a flavour of the state right to your screen just fine.

The first episode witnesses a marriage, staying true to its title, but what is an Indian marriage without drama? As it turns out, Preeti's (Rajshree) son is about to get married and a set of events that take place over a due course of less than 10 minutes, lead us to believe that the daily soap essence shall forever prevail with this one.

Without diving too deep into the how and what or why and when, it basically turns out to be that dramatic moment at the wedding and his son, Tarun, calls her out for that as well. Through all of this, we also have a supporting cast in the form of Preeti's daughter, her husband, and of course, the in-laws. The mother in law, played by Rajeshwari Sachdev, stands out like no other, while also ensuring some comic relief from time to time. 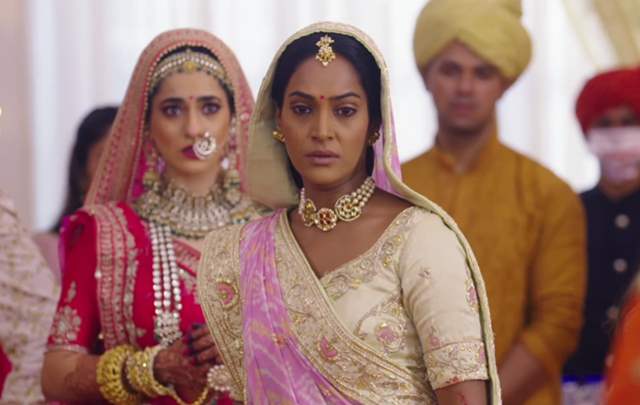 A current lot of TV shows are all about breaking stereotypes, and while this show might be able to do the same as well, it does have the much-needed sense of conflict that must be present for the story to move forward. Preeti and her son seem to have gone at loggerheads after the big revelation that he is made aware of.

However, there is no way out of everything that transpires, and while it seems to be going in a direction that fans might not want it to go, we see KT (Manav) make the heroic entry. Instead of the moment where the couple bumps into each other and papers are all over, this one turned out to be different when her handwritten poems fly across the window and right in front of him.

So, what I am trying to say here is that the show is filled with Bollywood cliches. While they are not noticeable at the very first instant, they eventually come to you right out of the screen. None the less, as we say, cliches are called cliches for a reason, and so, they fit in just fine. One cannot take the daily soap attributes out of what Shaadi Mubarak is. 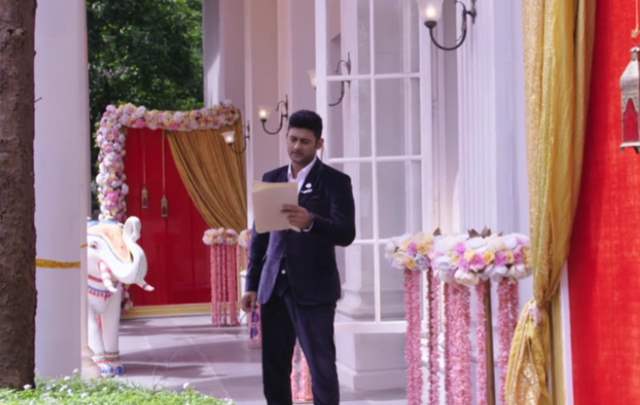 Shaadi Mubarak is the perfect mix of all the ingredients that makes a daily soap as well, and by that, I mean the evil daughter-in-law, of course! While there is little to nothing known about what Preeti and KT will have in the future ahead, since obviously, their personalities are poles apart, what is also interesting is how will Preeti stand up for herself, thereby bringing out a rather different touch to it, as is being expected by the viewers.

All in all, there did not seem to be a lot of things as different in the show, but it did not feel like the same old either, and that is to say, in more ways than just one!

pyar-ishk 2 months ago @neonholic Thank you, I was confuse with this review but after reading your comment, I'm going to watch and make my own judgement

Alpha_Ka_Gamma 2 months ago What about Pinjara Show ? Will it be reviewed or just because it airs on Colors no review as even Ishq Mein Marjawaan didnt get a review till date.

ALUJNA21 2 months ago I don't know about others but I just like Rajshree Thakur, she's a fab and perfect actress.

Neonholic 2 months ago I am sorry is this a review !!!! Actually i thought this is pure rant which nobody asked for !! Kindly review the show. Say the good and bad aspects of the show. Like no mention about the seasoned actors, no appreciation on Kusum's character over whom twitter is going gaga. No mention on the close to reality setups and PH values. WHAT KIND OF UNPROFFESSIONAL REVIEW IS THIS !!!! 🤨