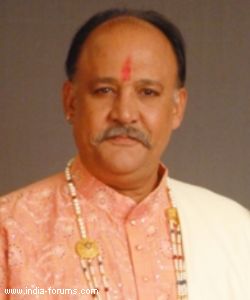 After Star Plus' popular show Pyaar Ka Dard Hai...Meetha Meetha Pyaara Pyaara..., Rajshree Productions is all set and geared up to launch its new show Mere Rang Mein Ranganewali on Life OK. The shooting of the new show has already started and is going on in full swing.

Talking about the star cast, we have Alok Nath who will soon be seen on SAB TV's Tu Mere Agal Bagal Hai, will play the head of the family. While the other star cast who are a part of the show are Harsh Vasishta, Karuna Pandey and Mahesh Thakur. The lead duo will make their debut with the show.

The show is based on Mathura and few chunks of the show have already shot in Mathura with the entire crew. The show will go on air from first week of August.

How much will audiences' love the show is a wait and watch game.

LoveLeeRa 5 years ago So why didn't Mere Rang Mein Rangnewali go on air in August...? It took till November? What happened?

6 years ago Alok Naath is great!
His characterization of the typical/proverbial/cliched pillar of principals is epic

+ 2
6 years ago looking forward for this show since its Rajshree Pro...it will be a good family show with beautiful love story