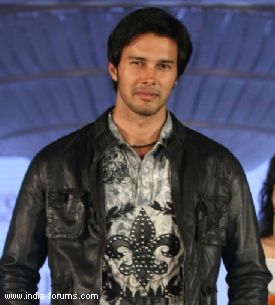 Filmmaker Vikram Bhatt's protege Rajniesh Duggal, who is currently in Cape Town participating in the fifth season of "Fear Factor Khatron Ke Khiladi", says he is stunned to know that he is named as an accused in an attempt-to-muder complaint filed by regional actor Satyendra Singh.

Singh in an elaborate FIR (first information report) filed in Uttar Pradesh has named choreographer Ganesh Acharya, actress Daisy Shah, who was seen in "Jai Ho", and Rajniesh as the co-accused in an attempt to murder him during the shooting of a film titled "Soda".

Reacting to the allegation, Rajniesh said he has never heard of Satyendra Singh nor has he acted in any film called "Soda".

He said: "Who is this guy? And which film is he talking about? I've never worked in any film called 'Soda'. Then how can I be accused of anything and be named in an FIR? This is very strange. The only film I've recently completed is titled 'Spark' and I am the only lead in it."

Rajniesh, seen in the movie "1920", has asked his lawyer to look into the matter. But he wonders what is the solution to nuisance litigation.

"Anyone can accuse a known name of anything and harass the hell out of a person. Who is this Satyendra Singh? I don't even know this guy! There should be strong legal remedies to humbug litigation...," he said.

Meanwhile, Rajniesh is having a blast shooting for "Fear Factor" in Cape Town.

"It's a never-before experience. I am doing the things that I'd never dream of doing or experiencing outside camera range. It's fun and full-on action," he said.