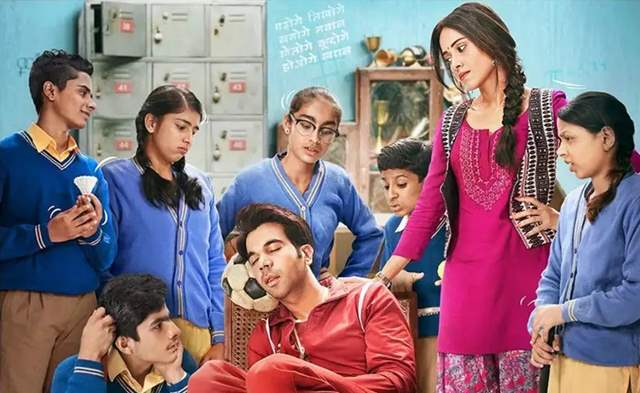 The trailer of the eagerly-awaited Chhalaang, a unique social comedy has been unveiled today. Directed by Hansal Mehta, the film is a Luv Films production and is presented by Gulshan Kumar & Bhushan Kumar. Produced by Ajay Devgn, Luv Ranjan, Ankur Garg the film stars versatile actor Rajkummar Rao and Nushrat Bharucha in lead roles along with Saurabh Shukla, Satish Kaushik, Zeeshan Ayyub , Ila Arun and Jatin Sarna in pivotal roles.

The film is sure to strike a connect with children by releasing on the eve of Children’s Day. Add to that, with the fervour of Diwali around the same time, Chhalaang promises to be a film that appeals to the entire household providing a wholesome family-viewing experience. Prime members in India and across 200 countries and territories can stream the global premiere of Chhalaang on November 13, exclusively on Amazon Prime Video.

Chhalaang is a hilarious, yet inspirational journey of a PT master from a semi government funded school in Northern India. Montu (Rajkummar Rao) is a typical PT master for who, it’s just a job. When circumstances put everything that Montu cares for stake, including Neelu (Nushrratt Bharuccha) who he loves, Montu is forced to do what he has never done- Teach.