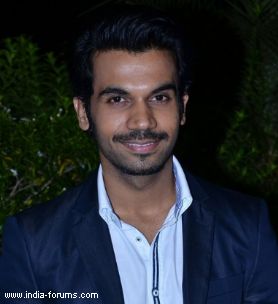 Rajkummar Rao has gone Aamir Khan's way by getting deep into a character for "CityLights". For the movie, the young actor grew a real moustache to fulfill the requirement for his role.

"CityLights" is directed by Hansal Mehta.

Instead of opting for an artificial moustache, Rajkummar grew a real one to keep the look of the film consistent. He also reportedly pushed the shoot of "Dolly Ki Doli" to ensure the look gets maintained for the promotion of "CityLights", slated to release May 30.

This is the kind of dedication reflected by superstar Aamir, who had kept his real "Mangal Pandey: The Rising" moustache continuously throughout the shoot and promotions to maintain the authentic look.

"CityLights" is an official remake of the international award winning film "Metro Manila".