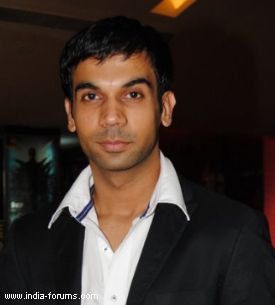 Actor Raj Kumar Yadav, who has been part of intense films like "Ragini MMS" and "Shahid", is excited about comedy movie "Tantrik", which will be helmed by director Pavan Kriplani.

"It's a comedy and I am excited to work with Pavan Kriplani again. I worked with him in 'Ragini MMS'. It's a fun film, but still we are toying with the idea and I have not signed on the dotted line yet," Rajkumar told IANS.

"I am very keen to do the film. It's an exciting concept, but let's see. It's too early to discuss the subject," he said.

Meanwhile, the actor is part of Hansal Mehta's "City Lights" and says shooting will start in next two weeks.

"Now Hansal Mehta is directing the film and we will start filming in next two weeks. I am very prepared for the role. A lot of research has been done for the film. I am looking forward to the humorous thriller film," said the actor who worked with Mehta in biopic "Shahid".