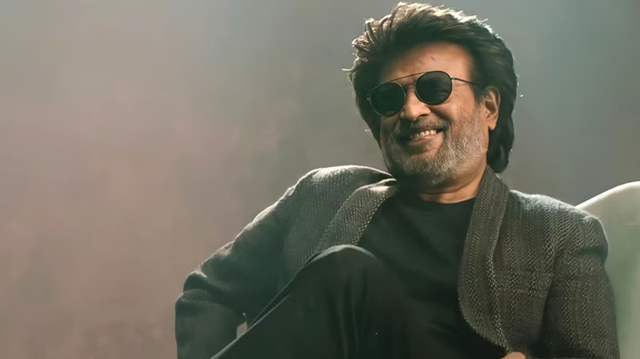 It is well known that Rajinikanth is working on his next film with filmmaker Nelson Dilipkumar, tentatively titled Thalaivar169. The film's title was revealed today with the release of a poster. Jailer is the new title for Thalaviar 169. The title poster depicts a blood-splattered knife.

Sun Pictures, the film's producers, took to social media to showcase the fascinating cover poster of Jailer. The megastar's fans are very ecstatic about the film, and Rajinikanth and Nelson Dilipkumar are already trending on Twitter. According to the title poster, the film calls out to be an action drama.

Aishwarya Rai Bachchan is said to be in discussions to play the female lead. If the reports are accurate, it will be the duo's second collaboration in 11 years, as they worked on the blockbuster film Ethiran, renamed Robo in Telugu.

As per reports, it's a typical Nelson Dilipkumar film, with plenty of eccentric themes in the narrative. Nothing, however, has been formally confirmed. Apart from  music composer Anirudh Ravichander, no other cast or crew members have been revealed.

However, following the negative reception to Thalapathy Vijay's Beast, there were speculations that Nelson Dilipkumar had been fired as director. However, it was later revealed that Rajinikanth has no such plans, and with the unveiling of the title poster, it is expected that the film would start filming very soon.

After the release of Annaatthe, Rajinikanth remarked about how Annaatthe was signed in a post on the voice-based social networking platform Hoote. Siva directed the film, marking his first collaboration with Rajnikanth. After witnessing Siva's film Viswasam, Rajnikanth expressed his desire to collaborate with the director.