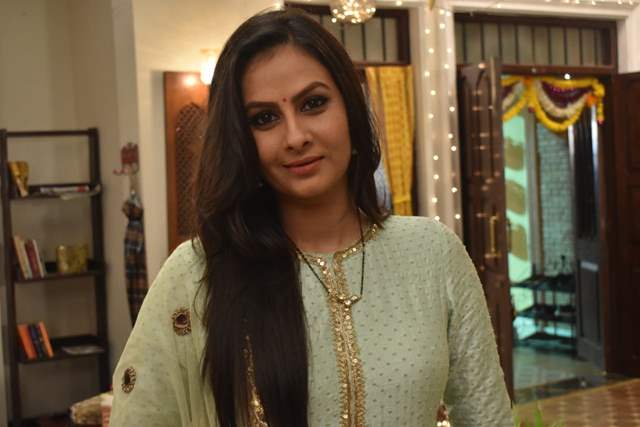 "Rajan Shahi personally takes care of his entire cast and crew," said Ekta Saraiya, who plays the role of Dolly in popular TV show "Anupamaa". Appreciating the producer, she further said, "'Anupamaa' is my first show with Rajan ji. What a gem of a person he is! The members of his production team follow his footsteps and ensure that the entire crew is safe and secure in the current situation."

"I'm so glad to be a part of this team. Looking forward to many more shows with Director's Kut Production," she added.

She went on to say that the sets give her a very homely feeling and added, "It's like a home away from home for me. Everyone is very kind and friendly. I have always wanted to work with this production house. I'm really enjoying working here and being a part of a show like this."

Talking about the show, the "Kahiin Toh Hoga" actress said, "'Anupamaa' is a very beautiful show that each and every woman would be able to relate to at some point in their life. It is a character-driven show and focuses on the life of a homemaker who sacrifices her dreams and wishes for her family, which is very common in our Indian society. It's a 24 hour duty but a thankless job and they are taken for granted in day to day life."

"The show is in a very natural space, the characters are so life like that I believe the viewers have connected with them in some way or the other. Just a few days ago, after I entered my building and was parking the car after a long day's shoot, a fellow resident came upto me and started discussing the hardships Anupamaa faces in the show. She said she herself has experienced similar situations in her life post her marriage. This just shows how people relate to characters on screen!" she added.

Ekta plays the role of Dolly in the show, who is a working woman and looks down on her sister-in-law Anupamaa, who is a homemaker. She said she is just opposite to her on-screen character and added, "The character that I play is very different from me in person. Dolly is very calculative and an opportunist in nature. She is neither negative nor positive. She is someone who would just go by the situation and see her advantage.  Which is unlike me in person, I'm extremely sensitive and emotional in nature."

The shooting of various shows resumed last month with some government approved guidelines and safety measures keeping in mind the current Coronavirus pandemic situation. And the actress shared that Rajan and his Director's Kut Productions are taking utmost care.

"A lot of precautions are taken by me and the entire crew on set. No outside food is allowed, they are sanitising the set every couple of hours and we all are maintaining social-distance and wearing masks when not shooting," she said.

But considering the current pandemic situation, are you doing your own make up? She said, "I have been doing my own makeup since many years now for all the characters I have played. So it's not different for me in this situation as well. Even if the situation was normal I would have continued doing my own makeup."

Ekta has been part of shows like "Kya Huaa Tera Vaada", "Simply Sapney", "Hamari Devrani" and "Mukti Bandhan", to name a few. She says though working in television has become a little hectic now, she still thoroughly enjoys her work.

"Over the years it's been a lot different in terms of the working pattern. We have episodes airing six days a week, it has become more hectic but I have been doing television since many years now and I thoroughly enjoy my work. To add to it, if you get a chance to work in an environment like this and with a team like this, trust me one can never get tired of working," Ekta signed off.