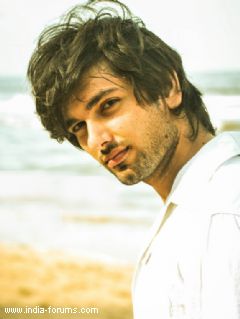 TellyBuzz spoke to Rahul about his journey with the show, his plans for future, about his last day of shoot and much more in this conversation.

Rahul says, "I am planning to visit to Manali in the coming few days along with my co-stars. If not Manali, then I would be going to Mahableshwar or Goa along with them which is yet to be decided."

Talking about his last day of shoot, Rahul told us, "The show was doing well; don't know how did it end abruptly. Last day our producer came to our sets and hugged us. it was an emotional moment for all of us. I was trying to make the moment light. I was telling everyone that we had a great time together so we should cherish the memories instead of getting sad. Last day, we had a farewell party altogether where Ishita and I organized a Biryani party for everyone. We were shooting as well as organizing things too. After our shoot, we all sat together and had Biryani. We were serving each other and we all felt like a family."

"I am getting offers and I am in talks for some projects. Hopefully something will get confirmed soon," concludes Rahul talking about his future plans.

All the best Rahul!