New Delhi, Jan 25 (IANS) Composers A.R. Rahman, who shone at the Oscars last year with his double golden statuette win, and Ilaiyaraaja have been honoured with the Padma Bhushan, the nation's third highest civilian award, on the eve of Republic Day.

Rahman, who started his career in 1992 with Mani Ratnam's Tamil film 'Roja', made his debut in Bollywood with the hit soundtrack in Ram Gopal Varma's blockbuster movie 'Rangeela'.

Some of his hit numbers are 'Chaiyyan Chaiyyan', 'Roobaroo', 'Tere bina', 'Jai ho' and 'Masakali' and 'Kabhi kabhi Aditi'.

In a career spanning almost two decades, Rahman who has his own music label called KM Music, achieved many milestones.

In 2008, Rahman scored the music of Danny Boyle's rags-to-riches drama 'Slumdog Millionaire' for which he won a Golden Globe. He also bagged two Oscars the same, becoming the first Indian citizen to do so.

Apart from the Oscars, Rahman has also been awarded with the British Academy of Film and Television Arts (BAFTA) award, four National Film Awards and 13 Filmfare awards.

The 44-year-old musician has also been nominated for two Grammy Awards, the results of which will be announced Jan 31.

While Time magazine referred to him as the 'Mozart of Madras', in 2009, the magazine placed him in their 100 list of 'World's Most Influential People'.

Ilaiyaraaja has been a prominent composer in the southern film industry since 1976. He debuted with 'Annakkili' and is known for integrating Tamil folk lyric with Western music. He won the Indian National Film Award thrice for the movies - 'Sindhu Bhairavi', 'Rudraveena' and 'Saagara Sangamam.

Bollywood veteran Rekha, 55, has been conferred the Padma Shri, the fourth highest honour, after four decades in the Indian film industry.

It was Muzaffar Ali's period drama 'Umrao Jaan' that catapulted Rekha to unprecedented success and even won her a National Award. 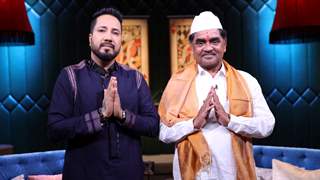