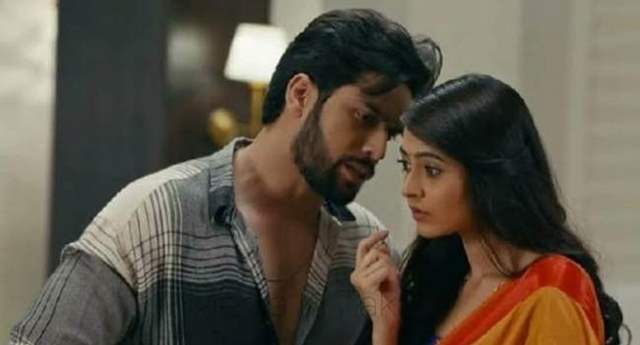 Pallavi and Raghav’s relationship based on mere hatred is now getting transformed into friendship. The duo has started caring for each other. In the previous episode, Raghav confided in Pallavi and expressed his dark past in front of her which made their relationship stronger.

In the upcoming episode, Pallavi has a deep conversation with Amma and tries to explain Raghav’s side of the story. She tells her that Raghav told her about everything that happened in the past due to which her husband and son Arjun lost their lives. Further, Pallavi explains Amma Raghav’s situation and his side of the story, she tells her that Raghav’s intent was never bad and he only wanted to give his family a better life. She also states that Amma is a phenomenal mother for Keerti but somewhere she failed as a mother for Raghav.

Meanwhile, Raghav reaches Deshmukh’s house to let the family understand that Pallavi wasn’t wrong in what she has done. He tries to convince the family in Pallavi’s favor. However, Raghav is set to receive a big bolt when Vijay will ask him to wash his feet and drink the water in order to get his apology accepted.

+ 2
3 months ago Excited to see Sai Ketan Rao and Shivangi Khedkar doing some funny scenes in the upcoming episodes😂😂😂..Mehndi Hai Rachne Waali is fresh and different ❤❤❤❤

3 months ago Nice article. Raghav & Pallavi are love. So much excited for upcoming episodes

Taaniii 3 months ago Excited for upcoming episodes! RaghVi are love💜

3 months ago Sai Ketan Rao and Shivangi Khedkar are phenomenal actors who play their role so well in Mehendi Hai Rachne Waali(MHRW). I love to see them together as RaghVi

3 months ago We love Raghvi and Mehndi Hai Rachne Waali!Sai Ketan Rao and Shivangi Khedkar Have brought Pallavi and Raghav to life in such a spectacular way.