View Profile
UTV New Media, the digital arm of UTV Software Communications Ltd., announced the launch of a voice blogging service for one of the most anticipated films of the year Raajneeti. Bringing the entire cast and crew to interact with their fans, this service will have movie stars upload personalized voice blogs about the film tits-bits and gossip from the sets and from their city visits and more. 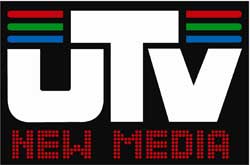 Exploring new frontiers of promotion in the mobile space, this initiative from UTV New Media will have director Prakash Jha along with the cast, personally blogging on their upcoming movie - Raajneeti through the IVR platform. By dialing *5140* on Airtel mobiles, this unique service will allow fans to connect with their favourite stars on the movie. The cast of the film will share lesser known facts, behind the scenes drama, interesting gossip and their on-location experiences all available at the push of a button. Starting May 10, these celebrities will also record live blogs from the Raajneeti rally which is being conducted across seven cities.
UTV New Media is also presenting an exciting contest on voice. Fans can dial 53035 and register a vote for their own city. The city with the highest number of votes will witness a visit by the entire star cast of Raajneeti, with one lucky winner getting a once-in-a-lifetime opportunity to meet and greet the stars! This service is available across operators


Raajneeti is co-produced by UTV Motion Pictures and Walkwater Media Ltd; and is directed by ten time national award winner Prakash Jha. Scheduled for a June 4th release, Raajneeti stars Katrina Kaif, Ranbir Kapoor, Nana Patekar, Ajay Devgan, Arjun Rampal, Manoj Bajpai and Naseerrudin Shah along with newcomer Sarah. The music of the film has been composed by the Wayne Sharpe and screenplay is by Prakash Jha & Anjum Rajabali.

Kangana Ranaut confesses, “Yes, it is about Sushant, but it is also ...

Nick Jonas Gets Replaced by Gwen Stefani in 'The Voice'