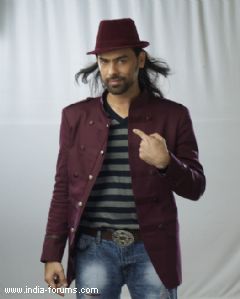 'Dance India Dance Season 4 (DID)' is nearing its end, and choreographer Ferozz Khan, who co-judges the dance reality show, is now in no mood to take any slip-ups by contestants lightly.

Be it costume slip-ups or prop mismanagement - things he would have let go off earlier, will also be looked at with intricacy, he said.

"Now the end of the season is here. We don't let any mistake go by now. Whether it is costume or prop, we make sure to look into every small detail. The performances have to be perfect in everything," Ferozz said.

He co-judges the show with fellow choreographers Mudassar Khan and Shruti Merchant.

The team of the dance reality show was present in the capital recently to create a buzz for the upcoming finale Feb 22, as well as thank the viewers for their undying support to the show.

"There is already a buzz for the show. We got to know that we get about 25-30 lakh votes which means that people like the show. We were here (Delhi) to thank everyone," he said.

Ferozz's own filmography includes choreographing Bollywood numbers like 'Maa da laadla' from 'Dostana' and 'Move your body' from 'Johnny Gaddaar'. He has also worked as an assistant to ace choreographer Farah Khan.

He admits that Bollywood projects have taken a backseat for him while "Dance India Dance" is on. But he said that his clients understand it.

"I had initially thought that I will take out time. But once I realized how much time this (DID) takes , I knew that I will not have the time to look into anything else. I did have some projects which I have kept on hold...everyone understands you once you form a good rapport with them," he said.

To add to the list of his achievements, the choreographer was also recently featured in the latest commercial by Apple for iPad Air. The company wanted to feature real people who use their iPad on a regular basis and were impressed with Feroz, who does most of his work on his iPad.

"For their commercial, I directed and choreographed a portion in Agra with 40 more dancers. The Apple team was present there and were fascinated with the way I work. Later, they called me from America and even interviewed me," he said.

Akshay Kumar Breaks his 18 Year's Rule; Shocks Everyone
29 minutes ago

"John is going to Smash, Rip and Annihilate the Corrupt like ...
51 minutes ago

Anurag Kashyap's Lawyer Releases Statement on His Behalf
7 hours ago

Payal Ghosh To File Official Complaint Against Anurag ...
8 hours ago