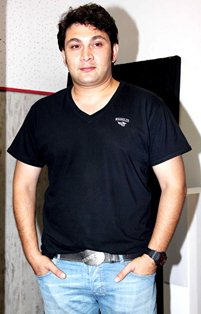 Rajesh Kumar who is still popular as Roshesh in Sarabhai Vs Sarabhai has always played sweet looking characters which suit his face and personality. However, it is time for a change now as he gets into a Vampire garb for SAB TV's new show Pritam Pyaare Aur Woh.

Telling us about his experience, Rajesh says he wanted to do a negative role for long and he is happy with this chance that he has got. "I am playing a villain named Dara Koyla on SAB TV's Pritam Pyaare Aur Woh. However, he is not a harmful villain. I knew there was always a villain in me and thus I have been wanting to play a villain since long." Rajesh says he has been enjoying the experience so far despite he being a villain in a comedy show, "The thought of playing a negative character was in my mind and I wanted to explore it so despite this being a comic show, I was happy to play a villain since he has his own space within the comedy show. He has a different costume which is stylized on English show formats. So far, there has been no situation where I am funny and I don't have to spoof anyone or do anyone's caricature."

So, what is his role like? "I am playing a real ghost in the show and it was decided that the threat has to be genuine otherwise it will look odd. Situation wise he will land in funny things but he has real emotions as a villain. So I have kept couple of nuances and gestures which I have tried to show in between the lines. And I have to maintain this since the moment it becomes a comic character the threat will not look real. As it is the characters of Pritam and Pyaare are shown to be dumb and dumber so they are shown to be really scared of the ghost."

Rajesh who claims to not have watched any Vampire series gives his wife Madhavi Chopra Kumar the entire credit for keeping him updated on his look, "My getup is that of a vampire and is inspired by English movies which I don't watch but my wife Madhavi is very much into the Twilight series and all so she helped me with references when it came to the look and costumes and mannerisms. This is an Indian version but my look is very English so only if it is believable 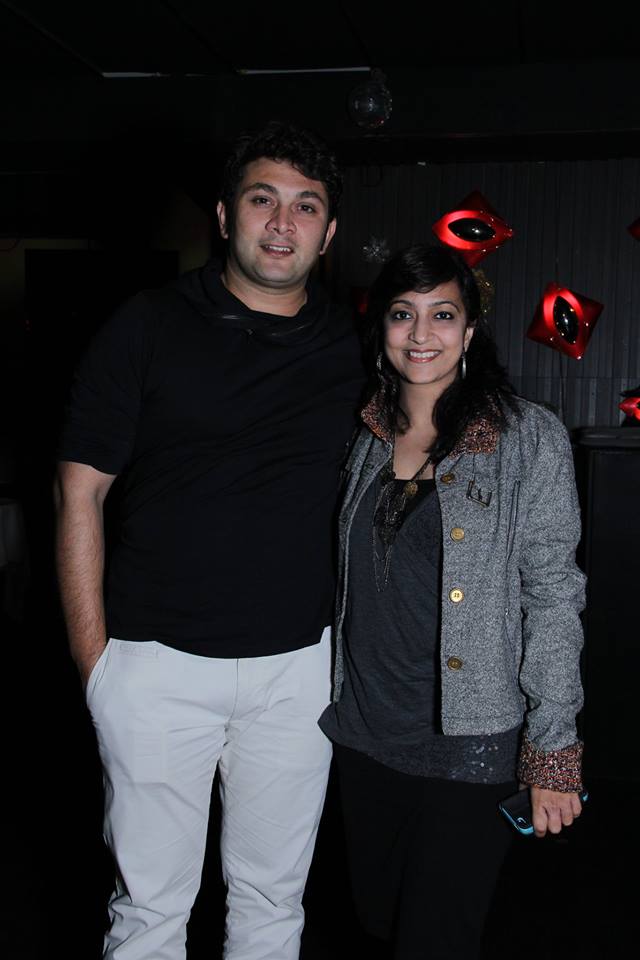 there will be an added thrill to it. Also, I didn't want to watch anything for reference since I think as an actor I am always better doing it on my own otherwise if you follow some show as reference then it looks like mimicry which has no soul in it but now I have my own approach due to which acting becomes easy."

Rajesh who is known for his light hearted roles is okay with not being a part of the regular daily soaps, "Honestly, I didn't get anything which will excite me as such. Nothing like a normal daily soap was offered to me and as it is I cannot play and be stressed out for long even if it is for a character in a serious daily soap. Whatever I do or attempt I always want to explore the lighter side of life. I think that is my way of contributing to my art. I think that if as an actor if you make people smile they will remember you rather than when you make them cry. I am not against daily soaps as they too have a substance of their own but till the time I am doing what I love doing I would like to continue with it rather than play a character which has no real meaning to it. Also I cannot do stand-up comedy and for me to do comedy I need good support in the form of a good script and writers otherwise as an actor you have limitations. It is a challenge to get a good role and everything including writing, script and all should fall in place."

It is surprising that Rajesh has not yet fallen for reality shows too, "I have never been offered shows like Nach Baliye but I would love to do them. My wife Madhavi too was an actor earlier and it is a form of expression which we both would want to explore. Why not? Since we also feel we are good at it too."

Well, we are sure Rajesh will do as well in reality shows too and till that time, he will keep the viewers all entertained like he always does!

Real.Madrid 9 years ago Thanksss for thiss news.. Loll I like Sunnyyyy! !!!!