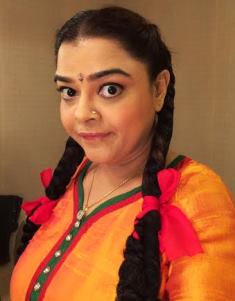 We wish Gulfam Khan all the very best for this show!