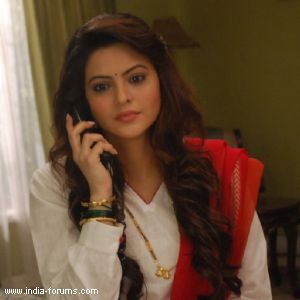 This actor par excellence Aamna Shariff who has claimed her fame through her first daily soap itself, Kahiin To Hoga which aired on Star Plus has given a critically acclaimed performance as Sulochana in the recent hit movie Ek Villain. She further went on to do television shows like Sony TV's Hongey Judaa Na Hum and Life OK's Ek Thhi Naayka.

Shariff went on to make her silver screen debut with Aloo Chaat. Having an experience of both television and movies, very recent - Ek Villain, we at TellyBuzz spoke to Aamna regarding her acting experience with the Ek Villain star cast, her future plans and yes of course not to forget; her beauty secret!

Read on to what this pretty actress has to say -

How did Ek Villain happen to you?

I think casting me for the character of Ek Villain was in accordance with the creative aspect of the director Mohit Suri, and once I heard the character narration everything just fell in place the right way.

After a long sabbatical you were seen on screen. How was the entire experience?

The entire experience was very satisfying, as it's not often that one gets to portray such a challenging role and the positive appreciation by the critics and my audience post the release of the movie has been the icing on the cake.

Talking about the cast and crew of Ek Villain how was your rapport with them?

Balaji Telefilms has always been home ground for me as my journey as an actor began with them, and I was very comfortable working with the entire team. I had an amazing experience working with Mohit Suri. As a director he is a dream to work with. 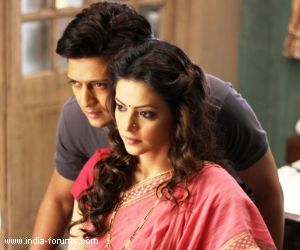 Audiences' for the first time have seen you in a character like Sulochana. What do you have to say regarding the same?

Frankly, when I first heard the character of Sulochana I was like, why me..? As it was in complete contrast to my on screen image. But when you want to evolve as an actor you really want to play characters that take the audiences' by surprise and that really make you feel content as an actor. The first day on the sets was really edgy for me as I had never spoken the kind of language that Sulochana spoke; but Mohit really helped me to work on the character and make it look as real and consistent as possible. Honestly playing the part of Sulochana has been the most overwhelming experience of my life as the kind of response it has garnered is something that has touched my heart.

Do you plan to come back to small screen or will prefer doing movies?

I feel with a lot of movie stars now doing television and vice versa, it's becoming more of one big media unit rather than two different entities and I would love to be a part of anything that really excites me as an actor.

What are your future plans regarding work?

I would definitely like to do more interesting roles as an actor and apart from that I am even diversifying myself and planning to setup my own production house soon.

What makes you look so beautiful even now on screen?

Well I try to be regular with my workouts and lead a healthy lifestyle and drink lots of water. Having fruits is a must and everyone should make it a part of their daily routine. Apart from your external self, I think what is most important is to keep your inner self happy as it really reflects on oneself ...so stay happy and be positive always.

Are you aware of what is happening in the television industry these days?

Yes absolutely! I am aware of what is happening, as it's really important to be abreast of everything that is happening around you as it really is an ever evolving industry.

Well honestly after the release of Ek Villain, I got messages from women stating that they are going to stop nagging their husbands ... (laughs). Jokes apart, I feel that if I can play any role that can touch even a single life, I feel my job as an actor is accomplished.

Well Aamna, you truly are an inspiration to many when it comes to acting and projecting yourself as an actor on small as well as on the silver screen. TellyBuzz wishes you all the good luck and success for the future endeavors.

Aamnakideewani 5 years ago u was really freakin Awesome!,plz comeback sooon and congratz once again for being a mother sweety luv u

TheGladiator 6 years ago You look sooo gorgeous in Ek Villian Aamna, was sooo happy to see you back on the big screen!! Awesome job...hope you come in many more movies!!

MasoomaBukhari 6 years ago amna u'r a darling... love u so much... u are one fine actress.. so flawless so beautiful

miss u n rajeev as a couple

momorockz 6 years ago you were fabulous in Ek villian :)
Love you Aamna shariff

Tinkerbelle88 6 years ago Loved her in ek villain such a natural performer she is. Amna Sharif you're indeed the most beautiful actress along with a powerhouse of talent which is such a rare combination. Have always admired u for it.

khisher 6 years ago Amina was amazing...her beauty and acting skills nailed it &lt;3

RoseWine 6 years ago she did justice to her role. It was well liked!

Preternatural 6 years ago You did a great job in Ek Villain. Ope you'll rock in other films too. Aamna Shariff