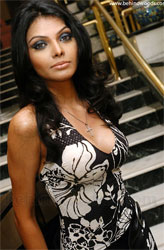 How does it feel, now that you've been ousted from the Big Boss house?

According to you what went wrong?
I think the main reason was I didn't gel with people. I liked loneliness a lot and this didn't appeal to anyone. By the time I realized that I was wrong it was too late. Even after I corrected myself and changed my behaviour to be more friendly, they said that I'm faking it. Even when I changed for good, they blamed me. And in fact when in the fourth week when they came up to me to tell me that they've voted me out, they all agreed that they are evicting me without any cause. They said, 'hum ne aap ko bali ka bakra bana diya hain (we have made you a scapegoat)". At that time I just burst out crying. I thought they know they don't have a reason and yet they're throwing me out. On top of it all, they are telling it on my face that they've made me a scapegoat!

Why do you think the audience didn't support you?
See it was never revealed who got maximum number of votes from the audience. When I asked Colors team about audience votes they didn't say much but assured me that if it wouldn't have been for the inmates' decision I still would've been in the house.

Do you think your association with Kamal Khan had anything to do with your early oust?
I think he was the main reason. He used to crack jokes on others and I used to laugh at them. This led everyone to feel that even I make up bad stories about others whereas I did not. But the way Kamal used to make jokes about them I couldn't help but laugh at it. However, there came a point where he started giving TRP's more importance than humanity. He used to audaciously say- I'm here to promote me, my film , Sherlyn. But the way he went about it eventually turned unethical. The moment he threw the bottle on Rohit I knew that this person is not trustworthy. The next time a bottle could come flying at me.

Kamal said he can sacrifice anything for Sherlyn.
(laughs) Good joke.

He also offered you a role in his film…
(smiles and shakes her head) Common, he offered a role to everyone in his film. He even offered Mr. Bachchan! Can you believe that?

So will you work with him?
Yes, sure. When I want to retire, I'll definitely work with Kamal (laughs).

What do you have to say regarding the whole concept of Big Boss?
It's a very great centre for character development. It's something which a person with a lot of patience can win. I got to identify my weak spots… that I'm low on tolerance and that I let the resentment filled inside of me get the best of me. And this should not have happened. I let my dysfunctional family shape up the way I socialize. Now I realize I've got let all that go and be friendly with everyone.

Do you think career wise you made a good move?
Yes, because here audiences got to see my true colours. They've seen the loud and glamorous Sherlyn. They've seen Sherlyn as someone who likes to do 'angpradarshan'(exhibit her body). Through Big Boss they saw that I have a shy side of me. That I'm soft, I'm quite. I think I connected to the audience on a personal level.

Why did you assign Vindoo the task?
Yes, I wanted to say his reaction surprised me the most.  I never thought he would take so much offence over me assigning him the task. I thought if I'll ask Rohit, it would sadden me because Rohit is so slim and fragile he couldn't have handled it well. Vindoo is so strong with such a muscular body; he was the apt person to carry out the task. For a few seconds I was stunned … I couldn't comprehend the flow of expletives coming out of his mouth. It was only after a few minutes that I realized that he is very much upset with me. And that he has a lot of problem with what I asked him to do.

Who do you hate in Big Boss house?
After what happened, Vindoo.

Since you say, in real life you are a calm and shy person, will we be seeing you in deglamorized roles on-screen too?
No, not yet. I'm just not ready for experimental cinema.

So what's next on the agenda for you?
I'm planning to approach Adita Chopra for Afghan and Karan Johar. Let's hope some good things work out.

Who do you think will win Big Boss Season 3?
I can't just name one person. many are capable…Raju, Shamita, Poonamji…and a few others.
Reporter and Author: Susan Jose
Featured Video 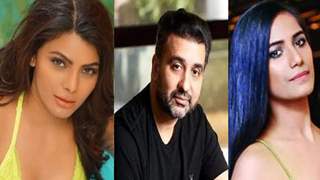 12 years ago haha she didnt wanted to ruin her makeup!!! lmao!!!!!!!! but i felt bad for whatever happend to her...hope she comes back with a wild card =)

+ 2
12 years ago she is not bad. Loved her answer about working in Kamal s movie. He he

+ 4
12 years ago I actually started liking her later on. She is much more decent n sophisticated, n nt cheap like Rakhi and Sambhavana. She also has good command on language.

positive thing about her that she didnt gossip

vindu is the best!!

12 years ago sherlyn I miss u..u rock!! and yeah vindoo def sucks he got what he deserved.great interview gorgeous Xx