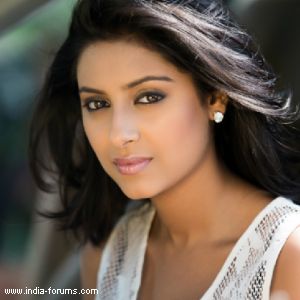 Pratyusha Banerjee is very well known for her role as Anandi in Balika Vadhu and then for her stint in Bigg Boss Saath 7.  Now the bubbly actress is back to fiction world with an episodic in Pyaar Tune Kya Kiya on Zing.
Talking about her role in the show Pratyusha says, "It's my story and I'm playing the lead in the episodic. This is a story of a girl who has come from a small town to Mumbai to fulfill her dream of becoming an actor. The reason for taking this episodic is that I really liked the story. I can't reveal much about the track as I want you to watch the series which will come on air after 2 or 3 weeks."
In real life as well Pratyusha belongs from a small town and later came to Mumbai to become an actress. Telling us about it the petite actress says, "Yes that's true and thus I could easily get into the skin of the character. Though the love part and all that is fiction but when you first time visit to a city like Mumbai, that experience of living alone in the city I was able to portray it well. That feeling of a new girl in the city, I felt the same in real when I first came to this place."
So how will be Pratyusha's look? She says,  "It's a very nice and a girl next door look. Mine is going to be more of an indo-western avatar which is again different from what you saw in Balika Vadhu. I'm sure even the audience will love my new gaze."
What's in store for Pratyusha on TV? "I really don't know but want to return back on TV with a bang. I'm getting lot of offers but nothing that excites me. So I am waiting for the right role to come my way," concludes the actress.
We'll have to see whether Pratyusha's new look will be able to spread its magic or not. For now we wish her luck!

6 years ago All the best Pratyusha Banerjee.You are the best.

6 years ago Eagerly waiting to watch you in this show, Pratyusha Banerjee! All The Best!

6 years ago Pratyusha Banerjee u look amazing in both ethnic & western look... Ur an amazing actor... Can't wait for this series!!:)

6 years ago "I really don't know but want to return back on TV with a bang. --Pratyusha !
Yes Pratyusha your return is much anticipated event for all of us, ...comprising international and domestic fans [ first time in Indian TV industry ...the international audience watched your acting skills with amazement]--- ...which is a rare phenomenon...something very interesting fact ... that can be observed by many and that is typically unusual or difficult to understand or explain fully...but it is a fact !!

6 years ago Best of luck Pratyusha Banerjee...wish you all the success you truly deserve ! and also wish to see you with Siddharth Shukla once again but with better characters

6 years ago Dear Pratyusha Banerjee, I'm really happy to see you on screen soon. My biggest dream is to see the unbeatable magical chemistry of you and Sid on screen again.

6 years ago Good luck in everything you do Pratyusha Banerjee! Love ya,my princess Pratyusha

6 years ago Pratyusha Banerjee, you are magical actress
good luck queen of expression

6 years ago I gotta see this when it comes out! Best of luck, Pratyusha Banerjee - I have full confidence that you will rock :)