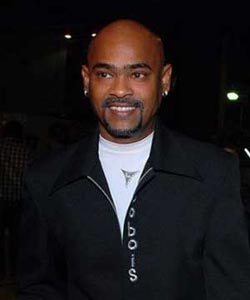 Vinod Kambli is still having a hard time to believe that he has been ousted due to public opinion form Color's and Endemol's Reality show Bigg Boss Season 3. According to him, he hasn't had a very good experience at the house, but given a chance he says he will come back and play the game in full form.

Such an entertainer, what went wrong in Big Boss?
I'm surprised and shocked that I've been evicted. I just want to say that I am not agreeing with Desh ka Adesh because people want to see me more. I went into the house not to play any games but just to taste the Big Boss experience. I was the same person inside the house also. I saw all the seasons as well as part of this season and went and I still do not believe that I am out because of public vote!

How was the experience in the house?
Experience was challenging. We were living with unknown people. It's very difficult to survive even for 24 hours knowing that these people do back biting, bitching. But it was not new to me. I had gone through this in my real life also. This thing doesn't affect me. I was waiting that somebody should come forward to attack me… try to point a finger at me…but nobody dared to do that. I also told Big Boss that I am ready with my helmet and my bat but nobody bowled to me. Staying there was indeed challenging. We all are cut from the whole world.

You participated in many reality shows…
I wanted everything that is possible of me on this earth. I just wanted to experience some shows. I don't do anything. I am very selective.

What do you think is the reason for you to get nominated?
The reason I think is that I am not a controversial man and for TRPs you need to do back biting and all. I did my best to survive but 14 days was good to me. And if I had been given a chance I would have done more. I can never do that back biting and all as they were so nice to me.

Who do you think is the best player in the house?
I think everybody is a good player in the house, including Claudia who does not know to speak Hindi well. I don't want to pinpoint any name but if I'm forced to I will name Aditi.

Do you regret entering at a later part of the game?
It was very challenging for me to enter the house at a later stage. The contestants welcomed me with open arms but I know inside they were not all happy. Probably if I would have been at their place I would have done the same too!

What did you learn from the house?
How to bitch (laughs).

How was the interaction with Amitabh Bachchan?
When we speak to Amitabhji he behaves like a father figure. When we meet a great personality we open up. He is an idol and also my idol and interacting with him was like talking to my father. It was a very emotional moment and the way he was listening, I had a blast! And the way he brings out people's emotions is awesome! It's like confessing in front of priest!

What will you do if got to enter the house again?
If I get a chance I will play. First time I entered as a cricketer but second time I will enter like a politician.

One person who doesn't deserve to win Bigg Boss?
Everyone. I don't want to pin point anyone but still my wife also doesn't like is Aditi because she back stabs very badly. I forgive her. I have done nothing wrong to her and simply fail to understand why she took my name.

What next for you?
I am waiting for IPL till April and in between that if something suits me I will definitely do.

Any specific incident that you would like to share?
Food was sufficient but still I lost many kilos. I told Amitabhji also. My egg my cake… everything was stolen. Once I had kept my egg and it was gone. Then on Vindoo's father's birthday Bigg Boss sent us a cake, then what I did was I licked the cake and kept it and nobody had it.

+ 5
13 years ago Oh Plz...Shit I thought it was unfair him to be eliminated but now I think its alright! ;)

+ 2
13 years ago Come on Vinod. Just becos you are Marathi, doesn't mean that Aditi will not nominate you. If you had a chance and reason, believe me, you would have done so too to save your skin and be in the competition.
Also Aditi nominated both Pravesh and you on similar grounds which was at least valid. People do nominate others for silly and howlarious reasons.

One more thing - why aren't these people prepared when they go to play the game at the first instance? Why should they be given a second chance to prove that they can be very good players? Beats me! All cry babies!

+ 2
13 years ago Im quite amazed to see that members get in trouble for writing something like 'biyotch'.. while there is a first page headline in tellybuzz that uses the whole word.. :S

What happened to the IF-COC now? :s

+ 3
13 years ago aditi nominated both the newcomers.....which I think is fair

+ 8
13 years ago Aditi nominated u and Pravesh as both of u had joined in late. I think thats a fair reason !!!

+ 2
13 years ago Dude Aditi didn't backstab u, she nominated both newcomers and it jsut happened that you got out? GOsh wake up and stop listening to ur wife, isntead open ur brains and think for urself...

+ 4
13 years ago LOL.. why will anyone attack you when you didn't even disturb the flies in the BB house...

+ 2
13 years ago hehhe licking the cake n keeping it to avoid others stealing it is a gud n funny idea..hehehhe