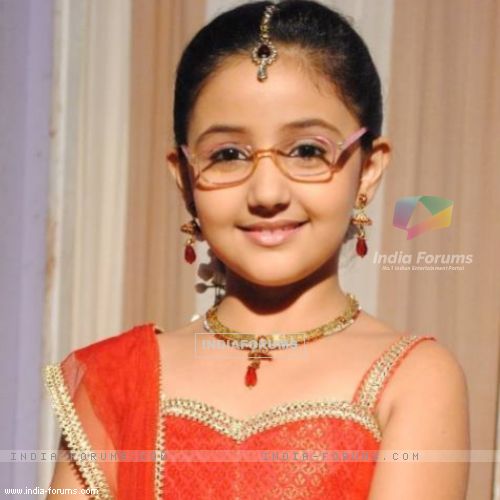 She will be seen essaying the character of Najma and daughter of Mariyaam played by Barkha Bisht Sengupta.

We got in touch with Ashnoor to know more about her character in the show, the story and more in this chat with TellyBuzz.

Describing on the story of her show Tum Saath Ho Jab Apne, Ashnoor says, "It is a story about a girl Najma wants to play Tennis because the impeccable skills she has in herself. Najma's father was a Badminton player and that's why she also wants to become a player as she is inspired by her father. Thus she plays badminton, later she realizes that she has Tennis skills as well, and so she becomes a Tennis player. But there are many hurdles which comes her way and that's why she is not able to achieve her dreams. But Imraan (Hasan Zaidi) bhaiya who is our neighbor and Mariyaam who is my mother in the show, helps me to become a tennis player."

Furthermore Ashnoor also revealed the names of the other actors in the show, "There are many other characters like Hasan Bhaiya's Mamu played by Ravi uncle. Then there is Badi Ammi played by Parul Chaudhry, there are kids too. I will be having an elder sister and a brother, then there are my cousins in the show who are two sisters and a brother."

TellyBuzz wishes Ashnoor Kaur all the best for the new show.

you were superb in NBTNMKK.

kunakshafan26 6 years ago all the best ashnoor u will always remain our little nanhi :D luv u and nbtnmkk

foram. 6 years ago all the best for your new show...
loved you as Ashok sundari in dkdm

Wish u all the very best for the new show!

Ani_La_Iam 6 years ago Wish you all the best:) You and kunal where so cute together.

Meera_Ka_Mohan 6 years ago Best wishes for your new show, miss you dear Nanhi...
For us NBT fans, You will remain our cute Nanhi.

blmadhuri 6 years ago All The Best for ur new Project Ashnoor..Love ya :)