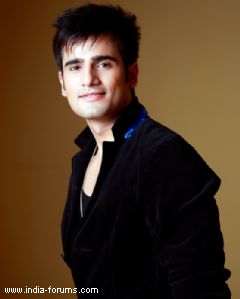 Karan Tacker more famously known as Viren of Ek Hazaaron Mein Meri Behna Hain talks about his career, his recent visit on the sets to meet his friend Krystle Dsouza who is seen in Ek Nayi Pehchaan and marriage in a candid chit chat with Tellybuzz.

Karan who was last seen in Star Plus' Ek Hazaaron Mein Meri Behena Hain has kept himself away from TV quite some time now. When asked the actor whether is he looking forward to comeback on TV he says, "No, you'll not see me anytime soon on TV as I've not signed anything. There are offers but nothing excites me."

After his show ended, Karan had become a travel buff as he was enjoying trips to quite a few places while also relaxing a bit and chilling out with his friends and family. Talking about the same he tells us, "Well, I have been traveling a lot. I went to London, Muscat and recently went to Goa. I had been chilling with my friends and spending a good time with my family too which I could not do when my show was on air. I've never been in a hurry to get a show because I believe in doing different roles just as you have seen me acting in shows portraying different characters in the past. I try not to repeat of what I've already done."

So are there any plans of doing a reality show in the future? "I'm not a reality show person. I do get offers from Bigg Boss and Jhalak Dikhla Ja but have never done any. Hats off to those people who participate in such reality show mostly like Bigg Boss as its emotionally very challenging. I don't think I can ever do something like that but at the end it is like never say never as you may land up being a part of it," says Karan. 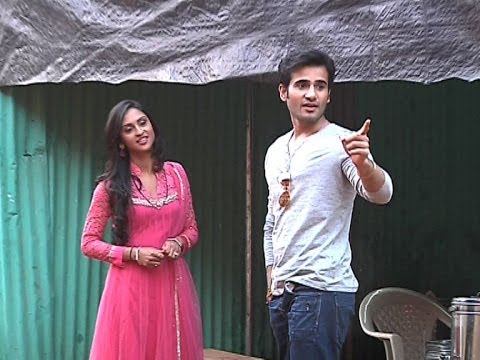 Talking about his recent visit on the sets of Ek Nayi Pehchaan, where Karan was seen spending time with his former co-star Krystle Dsouza but did not interact with media much. Clarifying about the same the actor states, "I talk to the media when there is some requirement. I had come on the sets to meet Krystle for some work and as soon as I finished my work, I left the sets. When there is no work, I prefer not to talk to the media."

Coming to Karan's link-up with Krystle, when we asked him about his relationship status with the actress, he says, "We are very good friends and that's it. All these are baseless rumors and we are not dating each other. Whichever show I do, I have always been linked to my female leads. I feel fortunate that I have not been linked with my male co-stars stating that Kushal Tandon and Karan are a couple (Laughs)."

Karan likes to discuss his personal life with his friends and family members only and refrains from talking about the same to the media, "My friends and family are aware of my plans and that's more than enough for me. I don't like to discuss my personal life in front of the media and neither do I talk about my rapport in public. I will only talk about my relationship when it will turn into marriage," he replies.

So is marriage on the cards? "I'm too young to get married as I am just 27. Though I totally believe in the constitution of marriage after having seen my mom-dad's togetherness over the years. They are a lovely couple and I'm their bi-product," Karan concludes laughingly.

We wish Karan all the best for his future endeavors!

jaisyjazz 6 years ago hope to see you again with Yashashri :)))

Comeback with a bang!

sabulovekaran 6 years ago you are the Best Karan.. Love you
waiting for your come back!