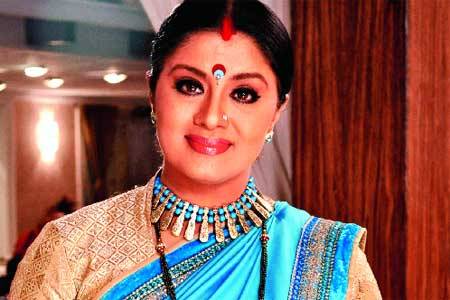 The talented dancer - actress who has been highly appreciated for her acting skills has been missing from the small screen for a long time now. While she is most famous for her role as Ramoladevi Sikcand in Kahin Kisi Roz, Sudha's appearances in Hindi TV shows have reduced.

However, all that is set to change with her coming in as Lahori Bua in Life OK's Kaisa Yeh Ishq Hai... Ajab Sa Risk Hai replacing Mona Ambegaonkar. In the role which demands a total rural image, Sudha says it will be a challenge, "In my entire TV career, I have not done anything which is so rural. The character and the setting is typical Haryanvi and so is the language along with the slang. It is not easy to adapt but I am following each episode to know it better. I have also realized that all the actors in the show are excellent and the foundation of the show is too good. Adding to it, I am stepping into someone else's shoes so it is a huge challenge but I am not scared, rather looking forward to it."

While others are talking about it, Sudha is not bothered about replacing Mona Ambegoankar in the show and says, "Actors are getting replaced all the time and I am not going to get into why I am replacing somebody? Today even lead actors get replaced and the show moves on. Sometimes if you have a genuine problem it is better to separate amicably as a professional and it is not a big issue. As an actor you go with a lot of expectations just like when I did when I did Jhilmil Sitaaron ka Aangan Hoga on Sahara One which was supposed to be based on the film Ghar Jamai. However, when the film is serialized the form of characters, the dimensions change and when I was not happy with it even I opted to quit. So when the makers of Kaisa Yeh Ishq Hai... came to me I wanted to know exactly what was it about. When they narrated the story to me I realized it was a pivotal character." 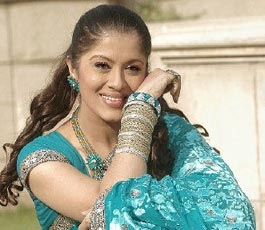 Furthermore, Sudha says that she had always liked Mona as an actor, "I had seen the show earlier too and I must say Mona has done a fantastic job playing Lahori bua. When the first look of that character was out, many people thought it was me and since then I always wanted to do this role as I loved the character. I have always liked Mona as an actor and whatever happened between her and the production house is there problem and I don't want to get into that. It all depends on different opinions and on a one on one basis. As far as I am concerned, I have worked with Manish Goswami earlier in Zee TV's Chashme Badddor and I have been in the industry for 27 long years and consider myself to be a professional actor who keeps her commitment."

Sudha feels there is lots of potential in the role and areas still to be explored by the character in the story, "I am told that later Lahori will become a politician and sit in the panchayat so I see a lot of scope for the character. I am told only her eyes will speak and there are lots of twists and turns to be expected. I am going to the role without any preoccupied ideas since I don't want to get stuck up in a mold and I would rather start on a blank slate. I have decided to leave myself into the director's hands and be a director's actor."

While Sudha is not being seen in Hindi serials off late, she is very much busy with her commitments down South. She is at present doing the Tamil remake of Star Plus's hit show Saath Nibhana Saathiya where she plays the role of Kokilaben. She is also judging a multi-talented reality show for kids on Asianet which she enjoys doing a lot, "The first 15 days of my month I'm in Chennai shooting for the Tamil serial and the talent reality show and now the 2nd half of the month I will be shooting for Kaisa Yeh... However, people have been asking me about why I am staying away from Hindi shows and I had decided to come back in 2014. I am most happy that I got this offer so soon. I believe that if you have positive thinking then what you feel and what you believe in comes back to you. It is a great way to start a new year!" ends Sudha on a positive note.

7 years ago I loved sudha as Romola Sikhand. .. the massive bindhi was her trademark character. .. loved it

7 years ago
Always nice to watch to you as a actress Sudha Chandran, I would like to watch u in strong positive character.

7 years ago All The Best For Your Future...
Like You So Much...You Are Very Pretty Actress...Kaisa Yeh Ishaq Hai Ajab Sa Risk Hai Rocks...
Sweet Sukirti Kandpal...Good Night Sweety...

+ 3
7 years ago All the best Sudha ji , u are amazing actress i wont watch this show , but i would love to see u on small screen again