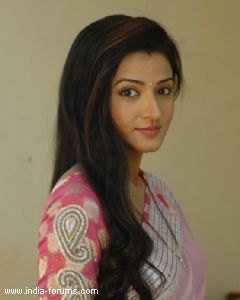 The petite actress Suhasi Dhami was seen in the couple dance reality show Nach Baliye 5 with her baliye Jaisheel. We got in touch with the actress to know more about what she has been doing all this while after her daily soap Housewife Hai...Sab Jaanti Hai went off air.

Suhasi in a candid chat with TellyBuzz also talks about her popular sister-in-law Drashti Dhami who was seen cheering her brother and bhabhi (Suhasi).

Post her stint in the show Housewife Hai...Sab Jaanti Hai, the actress was utilizing her time by performing in various dance concerts which were scheduled abroad. Telling us more about the same Suhasi says, "Well, I had been busy with my stage shows. Recently I did 8 to 9 performances in Fiji and now I'm planning to go to Sydney for more dance concerts. So this has kept me on my toes but I have enjoyed every bit of it. Also I have been spending good time with my family."

Suhasi maintains that she is still very much in demand and has been getting offers not only for shows which are women oriented but also from other genres like comedy and thrillers, "Yes, there are offers for saas-bahu oriented shows, shows in the thriller genre and comedy shows too. I recently got an offer from SAB TV for a comedy show (the actress did not wish to reveal the name of the show) but I'm yet to finalize anything. The day I do that, I will let you know for sure."

Though Suhasi has been very much appreciated for her acting skills in shows like Aek Chabhi Hai Padoss Mein and Yahan Main Ghar Ghar Kheli, she is eager to explore the comedy genre now, "This is one genre that I've not done till now. I mean I was part of Comedy Circus but there we had to do stand-up comedy with our partner where mostly we celebs are standing like a model but now wanting to do a proper show, well I really don't know whether I'm comfortable or not. I need to explore that genre to know of how good I'm with comedy. I know it's risky but at the end of the day one should wait and take a proper call. Thus, I'm taking my time since the show has to be worth taking the risk," explains the actress.

So is Suhasi's family co-operative and give her advice when it comes to signing a new show? This is what she says, "I do discuss the offers with my hubby Jaisheel before signing any show. Yes, I do take advice from my mother-in-law and Drashti too."

Coming to Drashti who is seen in Madhubala - Ek Ishq Ek Junoon, recently there was news that she is all set to tie the knot in the month of February. When asked Suhasi to know whether it is true or not, she says laughingly, "Ohh is she getting married? I really don't know when Drashti is getting married as we have not decided any dates. Also there was no engagement ceremony. So how can I comment on that? As of now nothing has been finalized and once something is confirmed we shall announce it!"

Till then we wish Suhasi all the very best for her career!

+ 2
7 years ago DRASHTI DHAMI LOVE LOVE YOU SO MUCH...
WATCHING MADHUBALA ONLY FOR YOU...
LOVE YOU

VOTE for Drashti Dhami as

You can do Multiple VOTES

+ 2
7 years ago DRASHTI DHAMI good night
We are always with you...
Love you my doll Drashti...
All the best SUHASI...

7 years ago GEET DRASHTI DHAMI you are my angel...
Love you Drashti Dhami...
All the best Suhasi Dhami...

7 years ago HAVE A GREAT WEEKEND ..DRASHTI DHAMI..very excited to see you in a new look in mb post leap..keep rocking..princess..love you..

7 years ago GEET DRASHTI DHAMI good evening...
Waiting for tomorrow my love MAANEET...
Watching Madhubala only for you...
Love you my doll Drashti...
God bless you...