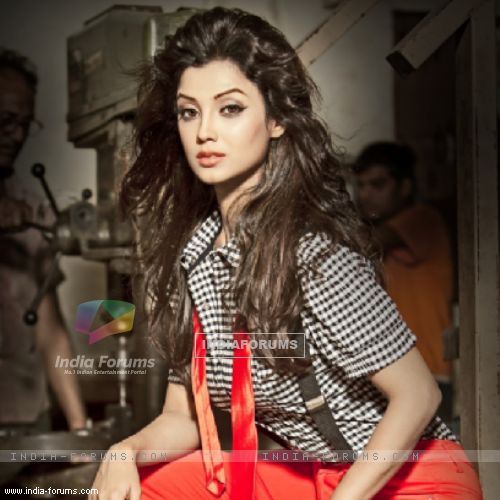 Beautiful Adaa Khan will be soon seen in Rashmi Sharma Telefilms' upcoming show Pia Basanti Re on upcoming Sony Pal. The actress was last seen in an episodic of Encounter on Sony TV.

The audiences have seen Adaa in fiction shows like Amrit Manthan on Life OK, Behenein on Star Plus and more. Later she was seen in many episodic shows as well. As Adaa has featured in a reality show Welcome - Baazi Mehmaan Nawaazi Ki Season 2, we asked Adaa if she is willing to act in reality shows further or not.

Adaa says, "If I get a chance then I would love to do the show. I really want to do Kharon Ke Khiladi because I really like that show, so inshaallah if I get the opportunity I will do it."

What about Bigg Boss? She avers, "In fact I got the opportunity this year but I couldn't do it due to some personal problems. So next time if I get a chance again inshaallah, I will definitely do it. I was offered Bigg Boss last year as well as this year, but I don't think that Bigg Boss is my cup of tea and  don't think I will be able to do it. So I always just backed out from it."

ibelieveinpink 9 years ago Love you Abhi!!! You're the best and you look amazing! God bless you, Aishu and your child!!!!

neelamra 9 years ago im sorry but this man is nothing!all his films are flops and hes not even decent looking!hes a shadow of his wife and father!if he never had them two he would be a grade b actor!!such a shame cuz some other actors who are good dont get all this recognition if they have so much flops like Abhishekh

irene_c 9 years ago He looks great! Love him to pieces. Congrats to him n his fam

-Gaganjot- 9 years ago Omg he looked like Yuvi for a second LMFAO... Mango, Dont kill me for saying this hahahah