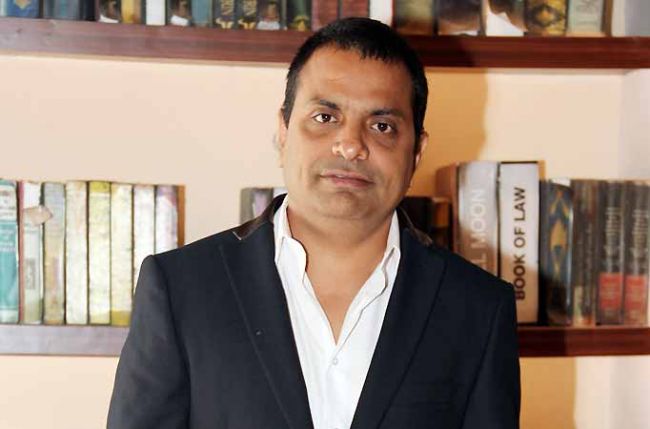 He started as a writer around 14 years back and has written almost 4000 episodes so far. Farhan Salaruddin started from writing weekly shows like Kanyadan, Kadam, Hum Pardesi Ho Gaye, etc. till the dailies took over when he wrote shows like Banoo Main Teri Dulhann, Sabki Laadli Bebo, Raja Ki Ayegi Baraat amongst others.

Currently, he is riding the waves of success with his first solo production Beintehaa on Colors which has become popular in no time. Here he talks about the show, his actors and more...

When and how did you become a producer?

Tell us how did you come up with the concept of having a show with a Muslim background.

See the concept idea was always there with me so when the first time I went to Prashant he said that there is nothing much Muslim about it and I will have to rework on it, so I went back, added a few elements to make it to make it Muslim overall but the concept was always the same. I added the characters of Fahad (Vivek Madan), Shazia (Namrata Pathak), and Nafisa (Gunjan Vijaya) which made a big difference.

However, the original concept of first cousins getting married was always there. Both are equally funky, ziddi and to an extent very Sharatchandra characters which is a fantastic inspiration. They are very similar characters with the only difference being that the girl is very religious while the boy has no clue about it, it is not that he is not religious but he has been bought up in a setup where he has no clue about all this.

How do you plan to take their relation further and at the same time hold the audience attention?

The recent twist which had the bawdi track almost had us thinking it was becoming a Thriller.

Whenever we do a track whether it is for 3 episodes or 30 episodes we try to do it with a lot of honesty and with the best of our ability. The bawdi track was just for 3 episodes but we did the best and the channel too promoted it very well but even I felt that it was a little away from the flavor of the show. However, there are lots of things during the journey of a show which at that point of time as an audience you will find unnecessary or irritating but later when you understand the story you will also find it relevant and important. While narrating a story we had to go through the past and you may or may not like it today but a month later you will turn around and say this link was important for this chain so for this chain that is getting made every link is important. 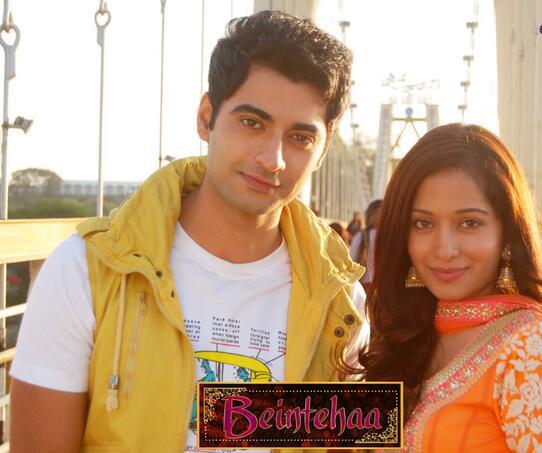 Your main leads - Harshad Arora and Preetika Rao are fresh faces which have made quite an impact. How did you zero down on them?

The casting was going on and I was determined that we want fresh faces and the channel was also very supportive. It is easier to have new faces for a show like this since they have a distinct advantage of connecting with the viewers. Preetika has done films down South, while Harshad has done fair amount of modelling but both were new for Television and they have managed pretty well.

We got to know that Preetika wanted to do Television and we had just one audition with her and everyone okayed her in that just one audition. Harshad however had couple of auditions, look tests and had to go through the grind but I always thought he fits the bill. He came from top five to top three and then finally got selected.

We hear that the leads have to shoot for long hours... any particular reason for that?

Yes, Harshad and Preetika are very sweet people and they have been working very hard sometimes for 18 to 20 hours in a day and still they have been rocking and are forever smiling. All of us are very particular about the performance but especially our director Mann is extremely particular and he does not allow a single shot go unless it is perfect. We have a very good team and Mann as a director has also spent a lot of time and had a very big role to play in the entire show.

The show has become a huge hit, how does it feel?

When there are comments coming in from strangers who don't even know you and when they message you it really makes you feel happy. With all the stress and madness that goes on in the show, the appreciation and the numbers is what will keep us going and at the end of it if you realize that people are watching it and liking it then it is worth all the hard work.

Do you use any of the feedback?

If the feedback will look correct on the show and in the story then I definitely use the feedback but we don't compromise the story so for example if our story requires a Barkat then it will do so. So those who feel that Barkat is not required will realize that she was very much needed on the show and that if she was not there the story would not have moved forward.

Any special message to fans of the show?

Beintehaa is a show made totally from the heart and that is why it touches a lot of people and we will never disappoint you. It is very sweet of the audience to have loved it, and we are just working hard to see that they will keep on liking it. When even three years later if they turn around and say we love the show even now just like we loved the first episode that will be my biggest achievement.

What next?
I am in the process of doing something really fast very soon. It might not be a social or family drama but a different genre altogether. Honestly right now for the next couple of months I will concentrate only on Beintehaa till it really settles down. There are many people who come and tell me that the show is doing well and I say to myself that boss, I still have a long way to go. So the day I feel that Beintehaa can now keep running on it's own I will seriously start working on a new show.

7 years ago I really like this show as well as entire cast. Harshad and Preetika are a fantastic and rocking jodi of Beintehaa. All the best and hope it will be number one show soon. This is my first show as I stopped watching daily soap after Punvar Vivaah ZMD starring Gurmeet & Kratika. I am really waiting for their return but will never stop watching Beintehaa.

7 years ago I know am gonna love this show forever no matter what...Beintehaa rocks!
Harshad Arora had to go through so many auditions and stuff...he truly deserves the attention and love that he is getting and Preetika Rao is awesome too!!!
I love the entire cast of Beintehaa...every element of this show is perfect!

7 years ago BEINTEHAA ROCKSSS,ITS TGE BEST SHOW EVER!!! I JUST LOVE HARSHAD AROA AND PREETIKA ROA!!! THEY BOTH ROCK!!!!

7 years ago i love the show ..hate to miss even 1 episode...hope it keeps us at the edge of the seat always and never becomes like the boring daily soaps...good work..thank u

barbigal 7 years ago Love this show. The story, cast the whole set up is good. The tracks are not dragged and the leads are doing an amazing job. Hope this show remains the same way.

7 years ago love love this show. it's been a while since an Indian daily serial has been interesting. never miss an episode.
everyone doing a fabulous job on the show