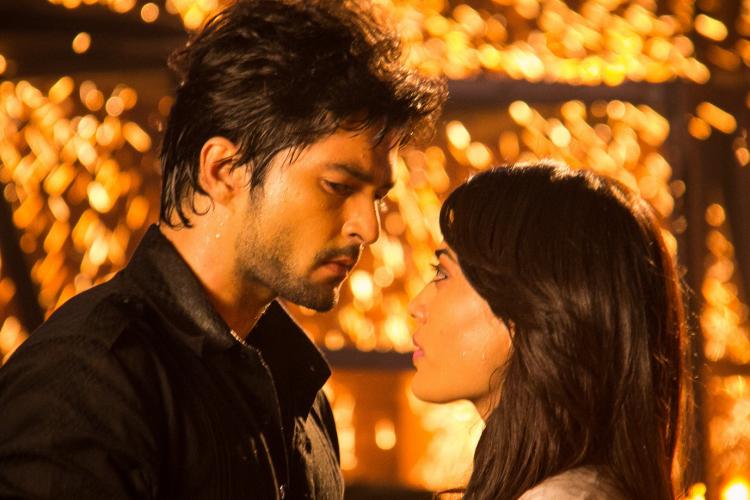 Four Lions' popular show Qubool Hai, which has been touted for its leap by the media for quite some time now, might air its last episode in mid-April.

Our source informed us, "As the leap is about to happen in the show, the actors are not very keen to work in the show post the leap. So, it's being decided that the show might be pulled off-air in mid-April."

While recently the show hit the headlines with the main leads Asad (RaQesh Vashisth) and Zoya (Surbhi Jyoti) having a dream wedding in front of the iconic Taj, yesterday, RaQesh Vashisth was trending since yesterday after news of him deciding to quit the show post the leap started doing rounds.

Today in a chat with Mohit Sehgal who is currently playing Haider in the show, we learnt that even he would prefer to opt out from the show if he was asked to play a father on-screen. Here's what Mohit told us, "If the show is taking a leap then I wouldn't be interested in continuing that much. So far I have enjoyed portraying Haider a lot but I might not be interested in doing the show at all if I am asked to portray a father on-screen."

Well, it seems that the channel might pull the show off-air if none of the actors continue post the leap. While none of the main actors on the show answered our call, when we messaged producer Gul Khan to ask her about the same she replied - 'No. Taking a leap.'

Only time will tell what's written in the fate of this popular show.

halima_zaka 6 years ago what the hell is this
not fair

farha.bristy 6 years ago @ Freaked out , in TV Barun has already proved himself .. in BW , yes he obviously needs to prove himself , who doesn't .. & if he gets enough chances HE WILL
JA helping to get his movie release :O .. are you really that dumb ? Barun got a offer from JA's PH , for their own projects .. not for releasing Barun's movie ..
MAMR toh chalo manliya no hope but 22 yards a movie which is supposed to come after mid 2014 , how come people already deciding its fate.. jotishi hoo ??
the one who said about 200 people was very happy when chanchan got closed .. shows how genuine her feeling was .. kyun bhai, chanchan mai 200 people nehi the ..
karma , my dear is really biting back whether it is Gul or someone else..
as for MS , time nehi hai .. so bye

_Freaked.Out_ 6 years ago @Asiyamajeed- you know Mohit which show lasted how long nd are still saying who is Mohit?

Living in denial, are we?

Ow how concerned you are about hun? why do u care who feeds him or not. His life, he quits or not, how ever he lives.

Asiyamajeed 6 years ago Wow...again mohit Well who is mohit? His serial only last for month n shut down. Then he got (fizool hein) n now he quitting. Its okey his doll will feed him. She earns a lot...

_Freaked.Out_ 6 years ago Barun don't have to prove himself?

I guess he is still trying to prove himself!!

He still needs help of actors like John Abrahim to get a movie released! He couldn't do it himself even after so many attempts!

And Barun deserves nothing more!
Bcoz he left IPK 200 people working with the show become jobless, he is d reason for that every person who suffered bcoz IPK had to shut down. Karma will come back to him for this!

Mohit is not free, he generous enough to reply bcoz his fans are waiting for his answers. He is not rude.

And no matter what Trps of Sanaya's show is, she is n will all be on top.

..Sugar_ArHi.. 6 years ago OMG.. donation chal raha hai.. I love donating buzz points =))
But how barun reach here? He is no where related though!! Barun must admit u r been loved by everyone. Is better close this show..!! Feel so pity. Gul Mata Teri jaiho u proved again. Pleaseee don't put mohit on barun's shoes. Kaha raja aur kaha halwaii
At least bring someone who can beat sobti.
Barun don't HV to prove anything. He already proved himself. I wonder mohit is always free.. Every time reporter can get his interview n latest updates.

Maryam k - tum larki Hoon? Tere hormones main problems hai ROFL.. Yeah yeah we can see how good she is!! Flop show after a hit she really a flawless actor.. N d next show also on verge of flopping. Pray for her okey hope she does well (y) pray it does well in trp also. Feeling extremely sad for doll :-P


LOL uncle? Get a spec grandma. This uncle is irresistible..

QH fans (y) KSG is coming back so stay happy now.. Rumour not sure its correct or wrong. But still all the best

naina2010 6 years ago The show is nice, even after the leap, the show has so much potential and good possibility to continue.

When leads are quitting because they cannot bear old looks, it's better the creatives chose fresh new cast and retain those who are interested to work with creatives to challenge themselves in older roles as well.

The show must go on.

ISHQMONAYA 6 years ago "Keeping the calm when everyone around u provokes u,
is the moment when silent prevails my heart and i just try to find u,
i thought i am alone here and no one is around me through,
i closed my eyes and found that deep within my heart it were only u
saying "i strongly believe in u my love and i will always be there 4 u,
because i love u, i love u.""

we all love u MOHIT.and will always be there for u,no matter what.

Channa_mereyaa 6 years ago @critic if i am being assumptions u are being judgemental.and fyi an actor gets role cause of his talent not fans. we all are fans cause we love someone talent so whts your point.barun has got fans after ipk cause they all loved his acting i.e his talent. some prove their talent with time some easily.proving is wht important.
anyways ur statement is something hard to digest for me.
so for me its end the aof rgument. i dont have any hatred for mohit.so i would not disregard his talent or anything.have a nice day.