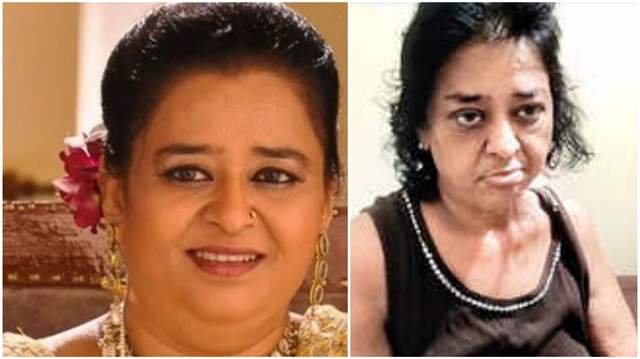 India Forums brings to you a heartbreaking news!

Actress Nishi Sanjay Singh who's known for her stellar performances in projects like 'Qubool Hai', 'Hitler Didi', 'Ishqbaaz' among other shows breathed her last today at 3am. The actress faced serious health issues since a few years and passed away as her health deteriorated.

Talking about Singh's demise with ETimes, her husband revealed details about the same and also expressed his emotions. He said, "After she suffered the second stroke on February 3 (a year after the first stroke), she started showing signs of recovery. However, she suffered another one in May 2022 and her health started deteriorating. We admitted her to the hospital and she was discharged later. Last few weeks, she found it difficult to eat because of a severe throat infection. She stopped eating solid food and we could only feed her liquids. The biggest irony is that we celebrated her 50th birthday the day before yesterday (September 16). Though she couldn’t talk, she seemed very happy. I requested her to eat her favourite besan ka laddoo and she did.”

He added, "She fought hard to survive. She passed away around 3 am. Sabse badi takleef toh yahi hai ki 32 saal tak saath rahi (breaks down). Even though she was unwell, she was with me. Now, I don’t have anyone to call family other than our two children (21-year-old son and 18-year-old daughter). My daughter also quit her studies and skipped her board exams to take care of her mother with me. Aadmi jab haarta hai toh harr taraf se haarta hai.”

He concluded saying, I couldn’t take up any work, as she needed me by her side throughout. A few of my friends and industry people like Ramesh Taurani, Gul Khan, Surbhi Chandna, and CINTAA helped us monetarily. However, I still had to sell my house and car in March to take care of the expenses. Ab toh sab khatam ho gaya.”

Team India Forums would like to extend our heartfelt condolences to the family. May Nishi's soul rest in peace.

+ 15
4 months ago rest in peace, life is unpredictable

+ 3
4 months ago may she RIP, life can be rebuilt but will feel so incomplete without her