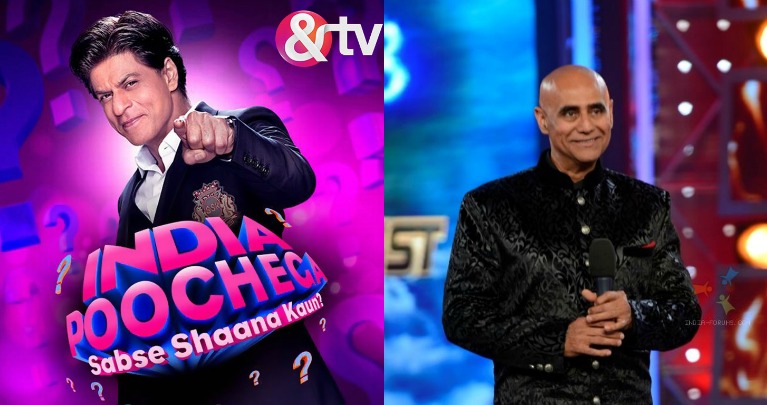 Zee Group's newly launched channel & TV is all set to hit the screens from March 2. While a plethora of shows will be launched on the channel, one such show which will keep the viewers glued to their TV screens is India Poochega Sabse Shana Kaun?, which will be hosted by the King Khan of Bollywood, Shah Rukh Khan.

Renowned actor Puneet Issar, will be as a guest on the show along with the popular vamp Kamya Punjabi. Puneet Issar was last seen as a contestant in the reality show Bigg Boss 8.

We contacted Puneet Issar and he confirmed it saying, "I will be coming on India Poochega Sabse Shana Kaun? and I have already shot for it. It really feels great to make an appearance on the other show as a celebrity guest. I was asked questions and had to answer them. It was really a great experience to a part of this game show with Shah Rukh Khan."

Further we asked him about his comeback in a daily soap for which he said, "Well, I am getting many offers but I am waiting for a good role to come my way."

TellyBuzz wishes Puneet Issar all the best for his future endeavors.

9 years ago I don't even know why people are still so surprised. Pritam does steal songs more often then not.

+ 3
9 years ago original????? it is not at all originall... it is copied from an iranian song soosan khanooom..gosh admit it!

9 years ago The original is called Soosan Khanoom and if you listen to it for a few minutes, you will see that the background beat is the exact same. How pathetic :/

+ 5
9 years ago Pritam is a steeler he steels from japanese artists and make it into "his music" its on youtube if anyoen wants proof.

Polhjpolhj 9 years ago Pungi is an unofficial remake on jahaan teri nazar hai from the film Kaalia but I LOVE Pungi anyway!!!

9 years ago for one, the video is a rip off from the song Weapon by choice - FatBoySlim

+ 2
9 years ago Haven't heard the apparent original but I gotta say that the song 'Pungi Baja De' is extremely catchy! The original probably got free publicity thanks to the Hindi version lol.