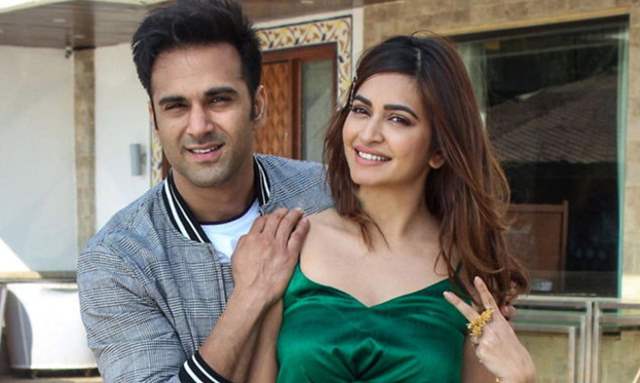 Actors Pulkit Samrat and Kriti Kharbanda’s dating rumors took the headlines by a storm and fans were eager for new developments about the same. No sooner than the two made their relationship public, speculations of their marriage plans started doing the rounds.

The couple has worked together in films such as Pagalpanti and Veerey Ki Wedding, but in their latest outing, Taish, they haven’t been paired together. Kriti plays the love interest of Jim Sarbh’s character in Taish.

In an interview, Pulkit shared whether or not it felt weird to watch his girlfriend paired with another actor in the same film as him.

During a recent interaction with SpotboyE, Pulkit opened up about his character and informed that his character, too, ‘was flirting with a lot of girls in the film’. He said, “On a serious note, we keep our professional and personal lives separate. We first met as colleagues and we maintain that respect for each other when working. She’s played the character of Arfa in Taish with so much ease and is one of the strong pillars of the film. That’s what I really care about!”

Earlier, Pulkit spoke about his marriage plans with Kriti and said it was ‘not really’ on the cards for them, and they are both currently focused on their careers.

In a career span of 4 years since her debut in Bollywood, Kriti Kharbanda has established herself very well. She has anchored her roots sternly which has given her the opportunity to grab successful scripts.

On the other hand, Pulkit Samrat and Kriti Kharbanda have shared the screen together in films such as Pagalpanti, Veerey Ki Wedding. They will once again be seen on screen together in their upcoming film Taish which is all set to release on ZEE5 on October 29.