View Profile
It is a big day for the state today with everyone moving out of their houses to reach their nearest polling booth to cast their vote for the Legislative Assembly elections that Maharashtra is conducting today. Like it is said, every vote counts, the personnel from our media fraternity have stood truthfully to it and several production houses airing their daily soap operas on leading channels have made a quite lot of adjustment so that their actors and units go and cast their vote. Read on to know more!

Sony TV
Sony TV's prime time shows Hum Hain Na and Humsafars have already succeeded in impressing the audience with its story tale and the twists. Owing to the importance of this election day, DJ's Creative Unit producing Hum Hain Na for the channel has adjusted the timing of shoot for the entire cast and crew so that each of them can fulfill their duty as responsible citizen. The production house has slated its evening shift for 7:30 pm for the same.
4 Lions Films producing Humsafars for the channel has set a perfect example  for everyone as the production house have given an off to their entire unit thoroughly following the rules set by the government.
Besides these, Bharat Ka Veer Putra - Maharana Pratap produced by Contiloe Productions have also adjusted their shooting schedules for their crew members. 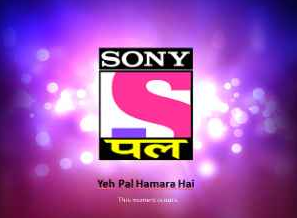 Sony Pal
The unit and the actors of Sony Pal's Ek Rishta Aisa Bhi usually have a call time of early morning 7:00 am or 9:00 am. But keeping in mind as to how important this day is for every citizen and for our country too, ace producers Shashi Sumeet Mittal have slated of starting their shoot in the afternoon making it even more convenient for everyone to go and cast their vote.
Up next on the list is yet again DJ's Creative Unit's Hamari Sister Didi. This show is known and very much famous for its tight schedules and day and night non-stop shooting. Also, the entire crew is so involved into meeting their on air targets that actors too rarely get an off. But Elections being elections and the same being extremely valuable for everyone, the production house will commence their shooting in afternoon to make it easier for all its member including actors to go out and cast their vote.
Besides these, the production houses of shows like Khushiyon Ki Gullakh Aashi, Tum Saath Ho Jab Apne, Singhasan Battisi and Pia Basanti Re have also managed their shooting timings for the purpose of elections.

Zee TV
Grazing Goats Pictures' Jamai Raja had to shoot an important Dance sequence for their upcoming airing and hence the production house gave a call time of post 3:00 pm in the afternoon to the actors as well as the crew members so that they can cast their votes in the morning and later commence their shoot.
Pearl Grey's Spellbound Productions which is producing the most loved show for the channel Doli Armaanon Ki has also adjusted in their shooting timings with the unit and actors getting a call time of 12 noon. People there can cast their vote between 7:00 am to 11:00 am and then come on the sets.
Sapne Suhane Ladakpan Ke produced by Shakuntalam Telefilms too have an evening shift today to fulfill the purpose of casting their vote and and then shooting too.
Besides these, other shows on Zee TV too are shooting for either afternoon or evening shift which ill not hamper the process of election for all those who want to go out and vote.

Colors
Shakuntalam Telefilms producing Shastri Sisters on the channel have given a call time of 2:00 pm for the actors and crew members, whereas Meri Aashiqui Tumse Hi produced by Balaji Telefilms and Rashmi Sharma Productions' Sasural Simar Ka have 11:00 am shift in the morning. Voting booths open at 7:00 am in the morning and the call time being late, it is easier for them to cast their votes and then start their day on the sets.
Well surely, these production houses had to do a lot of adjustments and time chances unlike the usual to make it easier for their units and actors to go out and vote. TellyBuzz wishes all our readers Happy Voting!
Upasana Patel
19 Likes

VerboseG 6 years ago Kudos to Sony TV and Hum Hain Na for their good treatment of actors! Love Pratyusha Banerjee and Kanwar Dhillon!!

riya_ss9 6 years ago All the best to Sony TV and Hum Hain Na, Pratyusha Banerjee and Kanwar Dhillon are doing excellent job.

vibraj 6 years ago This was a good gesture, love Hum Hain Na, Pratyusha Banerjee and Kanwar Dhillon are amazing!