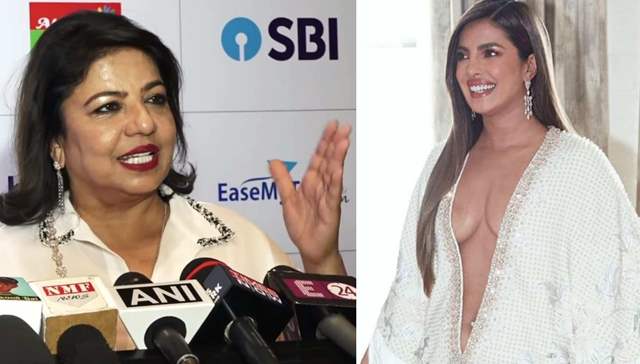 Priyanka Chopra Jonas left everyone stunned as she walked the red carpet at the Grammys 2020 with husband Nick Jonas. This time apart from her sizzling PDA it was her sensuous outfit that turned heads! For the gala night, PeeCee wore a Ralph & Russo floor-length white gown that was embellished with tassels and diamonds and plunged beneath her naval and this turned out to be fodder for the netizens who left no stone unturned to trolled the actress.

Now, her mom Madhu Chopra has given her piece of mind and spoken about her daughter's stunning outfit and also reacted to people trolling her brutally on social media.

While talking to ANI, Madhu said,

I am glad it happened because I feel it made her stronger, that she lives life on her own terms. It is her body, she can do what she wants and she is a beautiful one. I also sent her a saying that said It is my life so I think that is the philosophy behind life. Trollers are anonymous people hiding behind their computers who don't have joys in their life and I think they do it to get attention. I loved the dress and she showed me a sample before she wore it. I thought it was a little risk but she carried it off well and she was one of the best dressed. 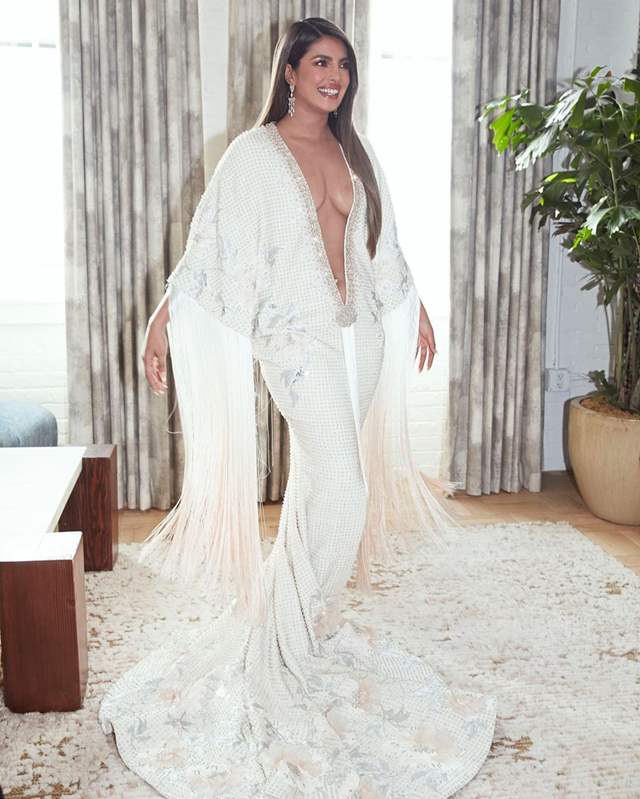 Leaving a comment on one of the videos, PeeCee's sister Parineeti Chopra cheered for her sister and her badi mumma as well as she wrote, "YASSS badi mumma absolutelyyy."

Ralph & Russo, whenever they make couture for me or custom outfits for me, they always do them fitted to my body, keeping these things "- wardrobe malfunctions -" in mind... When I decide to wear an outfit, I'm not someone who's really nervous because when I walk out of the door, I'm very secure. I don't leave unless I'm super secure. I don't like wardrobe malfunctions! Nobody does.

The 37-year-old actress furthermore elaborated that an "incredible tulle" matching her skin tone was used in the dress to hold it together. It is not visible in pictures or otherwise, hence, you just cannot spot it.

So as much as people might think it would be hard to manage, they found this incredible tulle the same colour as my skin tone and sort of held the dress together with that. So you can't even see it in the pictures but there was no way it would have happened if they didn't have that. It was like a netting.

stranger.67 6 months ago I am sorry Madhu Chopra jhi those people who you gave their opinions are not all unhappy and miserable, everything is in social media now. People didnt like what she is wearing they will express it if they like it they will appreciate it. Your daughter was trying to be different but turn out to be ugliest outfit wise and its not for her. Dont forget those are the same people who made ger famous!

ChickenSoup 6 months ago It's a free world. Just like she has the freedom to wear what she wants to, others have the freedom to judge her and shame her based on that. Freedom works both ways. It's truly sad that vulgarity and filth are mistaken for progressiveness and empowerment. Of course she will take her daughter's side. The reason she uses vulgarity to stress her fading relevance has a lot to do with what she learned from her parents. Makes sense! These shameless celebrities wear anything and the illiterate fans will blindly follow them. How pathetic!

Meena_J 6 months ago Unnecessary controversy for no reason. Her dress, her choice, her money.

-Nina- 6 months ago her mom is a ROCKSTAR !! the dress is nice but didnt suit her i think ! noting to do with the dress itself or her !! nevertheless her hairs and make up were LOVE ! stunning pictures !! the Jonas Fam looked great !