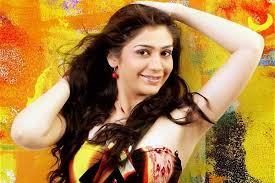 The upcoming episode of Shapath will see television actor Priyanka Panchal essaying the lead role.
Priyanka who has earlier done shows such as Phir Subah Hogi and Devon Ke Dev...Mahadev will don a sweet and simple girl who will turn into a humobot (human form of a robot that functions and moves like a human being and is capable of robotic telepresence) under suspicious circumstances.
She will end up killing her parents and will then take it upon herself to destroy other people around her.
When contacted Priyanka, she stated, "I am really enjoying this show as I have earlier essayed roles which are very expressive. It was a challenge to essay this role as I had to control my emotions and maintain the poise of a robot. "
Stay tuned to watch this episode unfold this weekend!