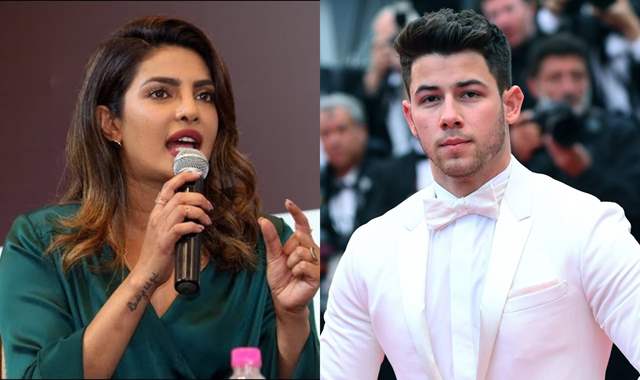 Priyanka Chopra Jonas in her recent interview with Barstool Sports' Chicks in the Office podcast revealed the reason she took up her husband, Nick Jonas' surname and added it with her family name. She shared that she wanted to honor her man along with staying true to herself and hence, she added his surname to her own after they got married.

She further went on to share her reaction when she saw her full name, i.e. 'Priyanka Chopra Jonas' printed for the first time on the cover of her new book, 'Unfinished: A memoir'.

The 38 year-old actress exchanged vows with the Jonas Brothers singer in December 2018 as per both the traditions, the Hindu traditions and the Catholic traditions. She went on to explain that the decision she took for her last name,

The first time I saw it, I was like, 'Oh, oh ok, that's my name now'. I wanted to sort of honor traditions, but at the same time, I didn't want to let go of my identity. And this was my in-between, I guess... I inherited a beautiful name and I hope to live up to its legacy... I think it was one of those things that you've grown up with, and a part of me hopes that we are a world 50 years later where, you know, the conversation is different, where girls don't think about being raised or think about that. I was never forced into it, it's just something I wanted to do because that's how I grew up...

PeeCee, who is the UNICEF Goodwill Ambassador further shared her thoughts and said that she hopes that women keeping their own last names — or even men taking their brides' surnames — will "be normalized" in another 50 years.

... I kind of wanted to honor my parents' tradition and that's just how it happened. My identity has been mine for so many years that there was no way that my last name would have been lost.

Nick and Priyanka officially became husband and wife on December 01, 2018, when they exchanged vows as per the Catholic traditions and held a Western wedding at the Umaid Bhawan Palace in Jodhpur. Followed by tying the knot as per the Hindu traditions in an an Indian ceremony at the same palace the very next day, i.e. December 02, 2018.

Their wedding festivities comprised of a colorful Mehendi ceremony, where they both had elaborated henna designs applied to their hands, and celebrated with a Sangeet ceremony with an over-the-top party with various performances by their family members in honor of the couple.

After the two ceremonies, they celebrated with their first reception in Delhi. The couple then returned to Mumbai for a second reception thrown by Chopra's mother, Madhu Chopra.