View Profile
New Delhi, Nov 16 (IANS) She has played a supergirl, a supermodel, a superstar and is now back on the silver screen tickling the funny bone as a sassy desi girl. 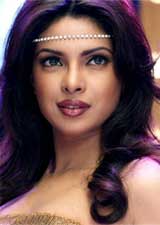 Priyanka Chopra or Piggy Chops as she is fondly called may be seven years old in the Hindi film industry, but this year has been particularly busy and diverse for her. She is perhaps the only leading star who has had as many as six releases in one year. And most importantly she has played a central role in nearly all of them.

Beginning the year with a special appearance in a medium-budget 'My Name Is Anthony Gonsalves', she was then seen as uber stylish superstar in 'Love Story 2050'. Touted as India's first film set in the future, Priyanka looked the part as a red-head.

The film, marking the launch of Harman Baweja, had some serious money riding on it, but bombed for no fault of the actors.

Then came Salman Khan-starrer 'God Tussi Great Ho', which also did not make a dent at the box-office. She was then seen in off-beat filmmaker Kabeer Koushik's 'Chamku', co-starring Bobby Deol.

She got the rare feast of being called a supergirl with 'Drona', yet another very high-budget film. Some of her action sequences were as hard as that of Abhishek's itself and built on her previous action-packed experience in Farhan Akhtar's 'Don'. 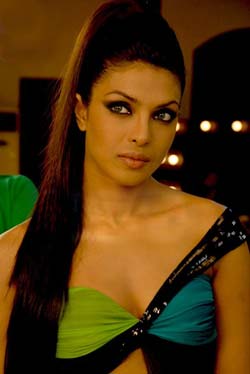 Priyanka's central role in Madhur Bhandarkar's 'Fashion', that has done exceedingly well, has brought in both critical acclaim and proved her clout to pull in crowds. It is perhaps the only recent female-centric film that has done good business.

It seems there is no looking back for her now with the hype generated around latest-release 'Dostana' ensuring bumper opening of the film. And Priyanka's toned and shapely appearance in a golden bikini has established her as a top contender for the most hottie title.

The rise to the top has been fast but not completely smooth for the former Miss World. Last year saw Priyanka's popularity slipping after the multi-starrer of the year - 'Salaam-E-Ishq' - had critics questioning her acting. But she took it as a challenge and worked on her acting as well as sweated it out in the gym.

Diversity within the fold of commercial film format has been the guiding force of Priyanka's career from the very start. She caught people's attention with her unconventional role of a seductress indulging in male harassment in 'Aitraaz'. She also got nominated for the best supporting female actor for 'The Hero: Love Story of a Spy'.

She followed it up by excelling in a comic role in 'Mujhse Shaadi Karoge'. In fact, she bagged three Filmfare Awards in just two years. And with no god father in the industry propping her up, Priyanka has surely come a long way.

'Priyanka has done what few would dare to, in 'Fashion' and 'Dostana',' author and critic Bhawana Somaaya said in an interview.

With heroine-oriented films tasting success today, the road ahead seems to be full of opportunities for these leading ladies.

'In every era, one heroine has always dominated the 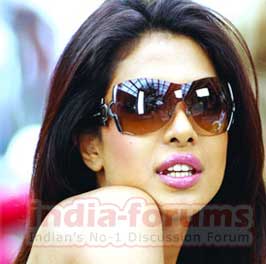 Bhawana said: 'They are all confident women of this generation who all have their own distinct personalities.'

Perhaps that would explain why 'Fashion' released with more than 700 prints around the country, and Kareena Kapoor dominated publicity material of 'Golmaal Returns' though she has a small role in it.

As product placement and corporate funding of films increases, female characters are bond to be in the forefront today. After all, women make most purchasing decisions and corporates want them to see and relate to the films that feature their products.

'I couldn't have entered the industry at a better time,' Katrina Kaif is quoted as saying in an interview. 'Today, perceptions have changed. How else would you explain the audience accepting me in different roles so wholeheartedly? I don't think that was possible, say, 10 years ago,' said Katrina, who will be seen in 'Yuvvraaj' in a different avatar.