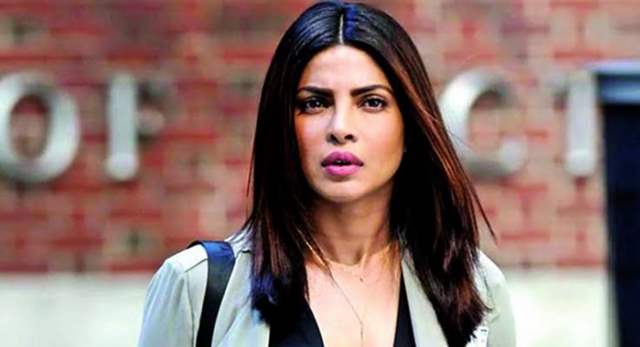 The controversy surrounding Priyanka Chopra's new show 'The Activist' is deepening, after which the actress has apologized by sharing a post.

Priyanka, American singer-songwriter Usher and 'Dancing with the Stars' fame Julianne Hough were selected as judges for the show.

After the announcement of the show, produced by CBS and Global Citizen, it was heavily criticized as insensitive.

First, Global Citizen apologized for the format of the show.

At the same time, Priyanka Chopra has also shared a post saying that she apologizes to anyone who has been disappointed with this show.

In the show social workers had to pit against each other in the show in order to promote their causes on social media with the goal of securing the highest amount of funding to win the game.

The winning activist was to be given prize money and a chance to participate in the g20 summit.

Netizens criticized this format and called it insensitive.

Priyanka shared a post on this matter and said that, 'I have been impressed by the power of your voice for the last few weeks. Activism is always inspired by its root causes and effects. When people come together to raise their voices about something, there is always an impact. You have been heard. The show went wrong, and I apologize that my participation in it disappointed many of you. Our intention was to bring to the fore the people behind these ideas and actions and the changes they made. I am glad to know that in this new format, their stories will be the main attraction and I am proud to collaborate with the activists who are working in this direction'.

Priyanka further wrote that 'This is a global community of workers who fight every day. They shed their blood, sweat and tears for change but most of the time they are neither heard nor recognized for their work. His work is very important. They deserve recognition and respect. Thank you everyone for everything you do for them.'

The show producers removed the competitive elements from the show.

The new release date for the show will be announced soon.

+ 3
29 days ago She missed the bus, she's just irrelevant now, reduced to a mere reality TV star status and I say this as her longtime fan. Either she should do more or stop with these over exaggerating PR games about the smallest things