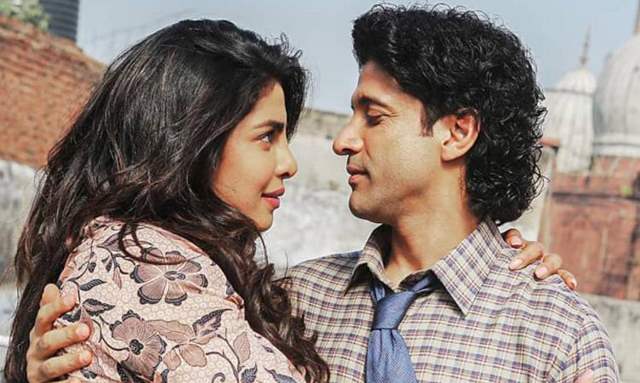 Priyanka Chopra has been missing in action even sine her last Bollywood project in 2016. She went on to make her mark in Hollywood and featured in hit thriller series Quantico and delivered movies like Baywatch and Isn’t It Romantic. And after a long gap of 3 years, she is returning back to the silver screens with Shonali Bose’s The Sky is Pink.

The trailer of the film released yesterday and has been well received by the audience and fans. While many have lauded the emotional aspect and convincing performances by the star cast, many fans expressed their excitement to see PeeCee back in the movies. However, a particular scene from the trailer has caught the attention of Maharashtra Police and urged them to post a warning against the leading cast of the film.

Besides Priyanka, the film also stars Farhan Akhtar and Zaira Wasim in the lead roles. And a scene from the trailer sees the actress telling her husband (played by Farhan in the film)  that they will loot a bank as soon as their sick daughter (played by Zaira) gets better.

In no time, Priyanka and Farhan replied to the tweet in the most quirky manner. While the actress wrote, "Oops caught red handed time to activate Plan B @FarOutAkhtar! #TheSkyIsPink”, her partner in crime and co-star wrote, “Hahaha never planning heists on camera again @priyankachopra #TheSkyIsPinkTrailer."

This fun banter between the stars and the Mumbai Police grabbed eyeballs and netizens poured in their comments in no time.

With the trailer receiving a lot of love from the audience, the leading actress Zaira Wasim fell prey to a lot of criticism online for promoting the film after her calling quits from the field of acting. The Dangal fame had announced her disassociation from films citing religion in a long detailed note.

The Sky is Pink is a biographical film, based on a love story of a couple, who lose their daughter to pulmonary fibrosis, a serious immune disease. The film is slated to release on 11 October 2019.