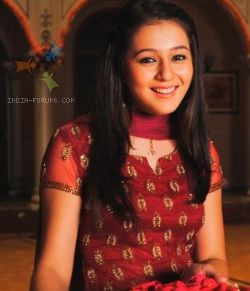 Telly Buzz had earlier reported that Contiloe's upcoming show on SAB TV, Ammaji Ki Galli had got their main cast in Farida Jalal,Rakshandha Khan, Abir Goswami, Ziya andZaynah Vastani. Here we bring in the update that the show has got its female lead.

A source says, "The channel and the production were in the hunt for the lead girl for a long time and they have finally decided to finalize Priyal. Priyal Gor was last seen in Sony TV's Baat Hamaari Pakki Hain."

We contacted Priyal Gor and she said, "I have been approached for the show, but nothing has been confirmed yet."

The promos have already hit the screens and the show, as reported earlier, will take up the 7:30 pm slot from 20th June onwards.

ushakiran patel 9 years ago I new you would be back with a good role on TV oneday. afterall, how can the industry ignore a smart and a pretty girl like you. Good luck.

I love your smail