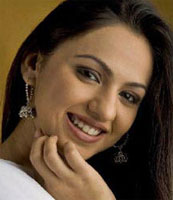 The comeback of Hiten Tejwani to NDTV Imagine's Kitani Mohabbat Hai has added more spice to the story line.  It is now the turn of another popular face to enter the show, and she is none other than Priya Bhatija of Khwaish and Kasamh Se fame.

According to our source, "Priya will be playing the role of Mallika, the lead singer in Karan Singh's (Hiten Tejwani) troupe. She is a complete spoilt brat and has attitude".

We talked to Priya who accepted that she is part of the show. "Yes, I am doing the show, but I don't know anything about my character yet".

With the show completing 100 episodes recently, there is much to look forward to in future.

Will Mallika end up being a threat to Aarohi's singing career?

+ 4
13 years ago shes really good at playing spoilt brats...she did good in KS...perfect choice of character for her.

+ 8
13 years ago but theres already a girl playing tht role in KMH...dont know may be replacement

+ 5
13 years ago so, i dont watch this show, but i think its funny how she was such a goody-goody in khwaish and now (correct me if i'm wrong, this is just based on articles i've read ) she's mostly in bratty roles lol

+ 8
13 years ago ugh...w/ all of these new entries i hope to god it doesnt mean we will be seeing less of arjuhi!

13 years ago Malika ...isn't she is already in it ? anyway let's she how much footage she gets ?