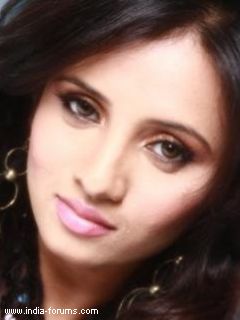 The pretty actress Prinal Oberoi who is currently seen in the Rajshri Productions show Pyaar Ka Dard Hai...Meetha Meetha Pyaara Pyaara... On Star Plus, has not only entertained the audience with her acting skills in many of the television shows but also in Gujrati movies. She is taking a step ahead and is busy these days as she is producing a play named KKnock Kknock which is directed by the actor Pankaj Singh.

We got in a candid conversation with Prinal to know how tough is it to get into the shoes of a Producer, difficulties faced in managing the time in producing the play and acting in a show simultaneously, her future plans, the rumors about about her relationship with Pankaj Singh and much more.

I am feeling more responsible being a producer of a play -

"It feels very good to step into the shoes of a Producer. I am feeling more responsible, very much excited as it is my first project as a Producer and at the same time I am nervous too as how will the play go,I am keeping my fingers crossed and I am hoping for the best."

It is a thriller play that I am producing -

"It is basically a thriller play and it is named as Kknock KKnock. We have strong and talented actors in the play namely Rajesh Khera and Hasan Zaidi. The first show will release on 1st of December."

Being a Producer happened just by chance -

"Well, it all happened by chance, nothing was planned. I was friends with Pankaj Singh since the time of Shapath. We both had done an episodic for the show Hum Ne Li Hai... Shapath together and from then we bonded really well. We have our small group of friends and we used to go to watch plays and hang out often and that's how we quickly thought of producing a play, fortune favored us and things went well and here are we with our own play."

"No, I won't be acting in the play. This time I will be working behind the camera and experiencing the new field for me that is of production. I had acted in plays when I was in college, after that I haven't done plays at all so I have totally lost the hang of it. But definitely in future I would want to even act in plays." 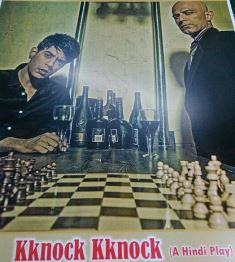 "I am trying to manage my time as well, for most of the times I am shooting for the show Pyar Ka Dard Hai Meetha Meetha... Pyaara Pyaara on Star Plus. Shooting for this show takes most of my hours from the day hence I have to juggle between the play and the shoot. I am thankful to Pankaj Singh who is the director of my play, he makes things much easier for me, well also the actors and a few more people from the production house have been very helpful and supportive and hence everything is manageable."

There are yet a lot of things that I want to do in my life. Producing a play is just a small step towards Production -

Rubbish rumors going around the corners  -

"Well there are these just false rumors going around the corner. There is nothing between me and Pankaj Singh. We are just friends and some people have mistaken us as girlfriend-boyfriend, which is wired. If there is something like this then I will surely officially announce (laughs)."

+ 3
7 years ago Love you Prinal as Kaira in Pyaar Ka Dard Hai!

+ 2
7 years ago All the best Prinol for your new task of being a producer.

+ 3
7 years ago Good to hear you are producer Prinal Oberoi - I do like your acting in PKDMMPP.

Meluha 7 years ago Way to go, Prinal! Good luck to you in everything you do :-) God bless.

+ 4
7 years ago prinal ur awesome in pkdh love yu.. as kiara

+ 3
7 years ago Wow that's awesome news Prinal...so happy for you!! I wish you all the best for your film and I hope it is a hit! Love you as the bubbly Kaira in Pyaar Ka Dard Hai!

+ 3
7 years ago wow! prinal, your awesome and many of your fans support you here and best of luck in being a producer! we know that you will be a good producer like you are a good actress in tv serials!