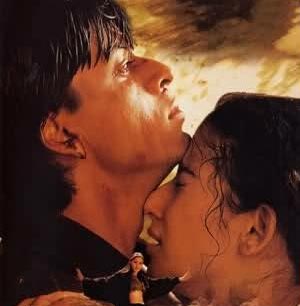 Now that Preity Zinta is working with a new actor in her debut production "Ishkq In Paris" (IIP), she says she appreciates Shah Rukh Khan and Manisha Koirala's behaviour towards her during "Dil Se..." even more.

"Must confess that I appreciate Shah Rukh and Manisha being so amazing to me in 'Dil Se..' even more now as I am working with a new actor in IIP," tweeted Preity.

The new actor is reportedly TV actor Gaurav Chanana, who has been rechristened Rhehaan.

Meanwhile, she is excited about having French actress Isabelle Adjani in the cast.

"Come September, people across the world will be amazed by Isabelle Adjani in 'Ishkq In Paris'! I am so amazed n excited by her performance," wrote Preity.

The movie, also featuring Arjun Rampal, is being directed by Prem Soni.

Former Miss Universe and actress Sushmita Sen says it has been a "daunting task" to juggle between her role as a mother and as a businesswoman.

"Right now I am wearing many hats -- from being a mother to running 'I Am She' and putting my film production company together. It has been a daunting task," Sushmita said on the sidelines of a recent event.

Sushmita is the founder of I Am She, a national beauty pageant, started in 2010, which sends its winner to Miss Universe and Miss Asia Pacific pageants.

In the meantime, her production plans are on hold.

"My film 'Jhansi Ki Rani' has been put on hold. I can make that film only when I get the right kind of budget. It is a film that has been storyboarded and locked," added the 36-year-old, who has adopted two daughters - Renee and Alisah.

Sameera opens up about her weight issues

Actress Sameera Reddy has a word of advice for all showbiz aspirants - be fit, not fat!

The 34-year-old was a celebrity guest on UTV Stars' "The Chosen One" when she advised the show contestants on their on screen presence.

She spoke to them about what she went through when she weighed as much as 105 kgs when she was new to the industry. She even shared how she suffered water retention problems.

But she worked hard on it and started working towards a fit and fabulous body. She advised the young girls that being fat is not wise in the glamour world.

The episode featuring Sameera will be aired Saturday.

Saying Goodbye To 'Keeping Up With the Kardarshians' - ...
37 minutes ago

Here Are The Indian Shows That Made it To International Emmy ...
59 minutes ago