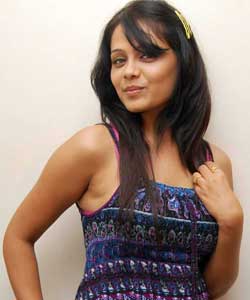 The replacement for Prarthana Behere has already been found for the character of Vaishali in Zee TV's highest rated show Pavitra Rishta.

But the exit has proven a lucky one for the actress as the girl will share screen space with none other than the Bollywood star Salman Khan. It is a lesser known fact that the actress will be seen in the much awaited Bollywood flick Bodyguard starring the handsome hunk Salman Khan and hottie Kareena Kapoor.

To know more on her experience, TellyBuzz contacted Prarthana and she said, "Yes, I have done a cameo in the movie wherein I will be shown in the introduction scene of Salman Khan. The scene shows the entry of Salman as my savior when I am surrounded by goons."

"It was an amazing experience to shoot with Salman Khan and he is an awesome person both on and off screen", adds an excited Prarthana.

Prarthana has previously had a Bollywood experience as she has also done a role in Love U Mr.Kalaakar starring Tusshar Kapoor and Amrita Rao.

Well, seems like Prarthana is having her time of life these days and TellyBuzz wishes all the very best for her future…

8 years ago I saw the movie Bodyguard it was good I wonder where she was in the movie the movie I didn;t notice her there maybe i should go back and look lol

9 years ago Congrats!!! I wish you more success Prarthana!

9 years ago GOD BLESS YOU, MAY ALL YOUR DREAM COME TRUE.

+ 3
9 years ago good luck prathana!!! u r very lucky to have gotten to do a scenewith salman!!! looking forward to seeing u on the big screen!!

+ 2
9 years ago Wow that's really awesome and OMG!! You got to meet Salman Khan,Bebo,Amrita Rao and Tusshar Kapoor! What a lucky person! Best of luck in Bollywood Prathana and I reallly miss you in Pavitra Rishta :(

9 years ago All the best Prarthana..You are a good actor and very beautiful..you will surely do good in future!!

+ 3
9 years ago lovely.. wishing u lots of luck gal ,nto that i watched u in PR &lt; but i had seen ur one episode of Bhagyavidata and u were good ...

lucky u , best of luck